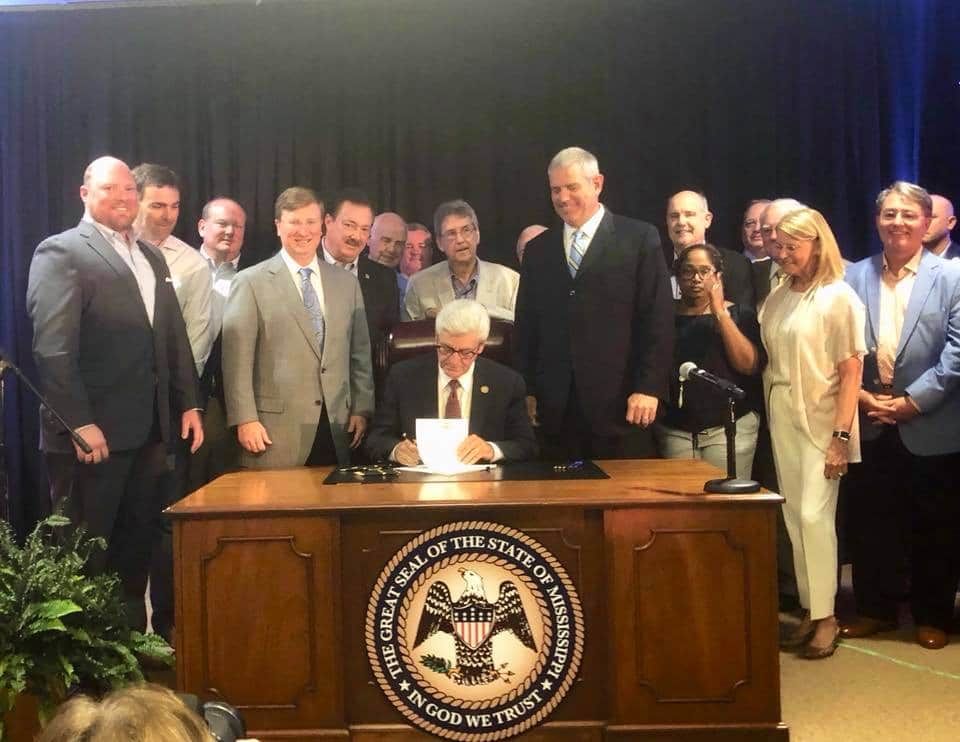 The Governor has signed the BP bill into law. During a signing ceremony on Wednesday, Governor Phil Bryant signed the bill which will allocate 75% of the $700 million from the BP oil spill settlement to the coast.

The law, which was passed during the 2018 special session, states that the remaining 25% of the money will be distributed across the state.

“For several years now since the state received a settlement from BP we knew that there would be a hard decision and fight in the legislature on where and how the money should be spent,” said Representative Richard Bennett. “Us on the coast wanted to secure as much of the funds as possible to benefit economic development on the coast.  I’m proud to say that we have achieved passing a bill that gets the vast majority of the funds to the coast and creates a structure and transparency to spend the money on the coast to benefit the coast.”

Bennett added his thanks to his fellow legislators on coming to an agreement on the long sought-after agreement.

“I appreciate the work of the rest of the coast delegation, the Speaker of the house for empowering us to come up with a solution and the legislators from the northern part of the state for finding a way to work with us to put this issue behind us and for creating a structure that benefits the coast, which ultimately benefits the state,” Bennett said.

How Do Mississippi Slides Compare to the World’s Largest Water Slide?

Not Guilty Plea Entered in Death and Dismemberment Case