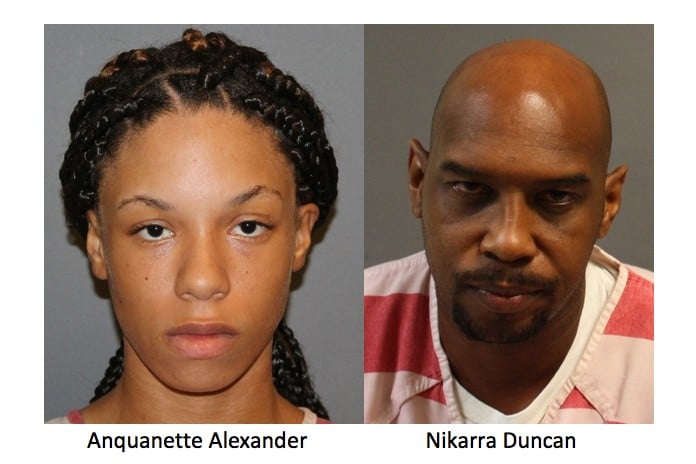 A woman in Hattiesburg has been charged for the murder of her boyfriend.

Officers with the Hattiesburg PD responded to Cypress Avenue around 2:30 a.m. on Sunday where they found 31-year-old Greg Hawthorne dead from a gunshot wound.

After a preliminary autopsy was completed on Tuesday, authorities ruled that the death was a homicide. An investigation led to the arrest of 22-year-old Anquanette Alexander, who has now been charged with 1st-degree murder.

In a news release, the HPD stated that the shooting stemmed from a “domestic-related incident”.

41-year-old Nikarra Duncan was also arrested during the investigation, and he has been charged with obstruction of justice.