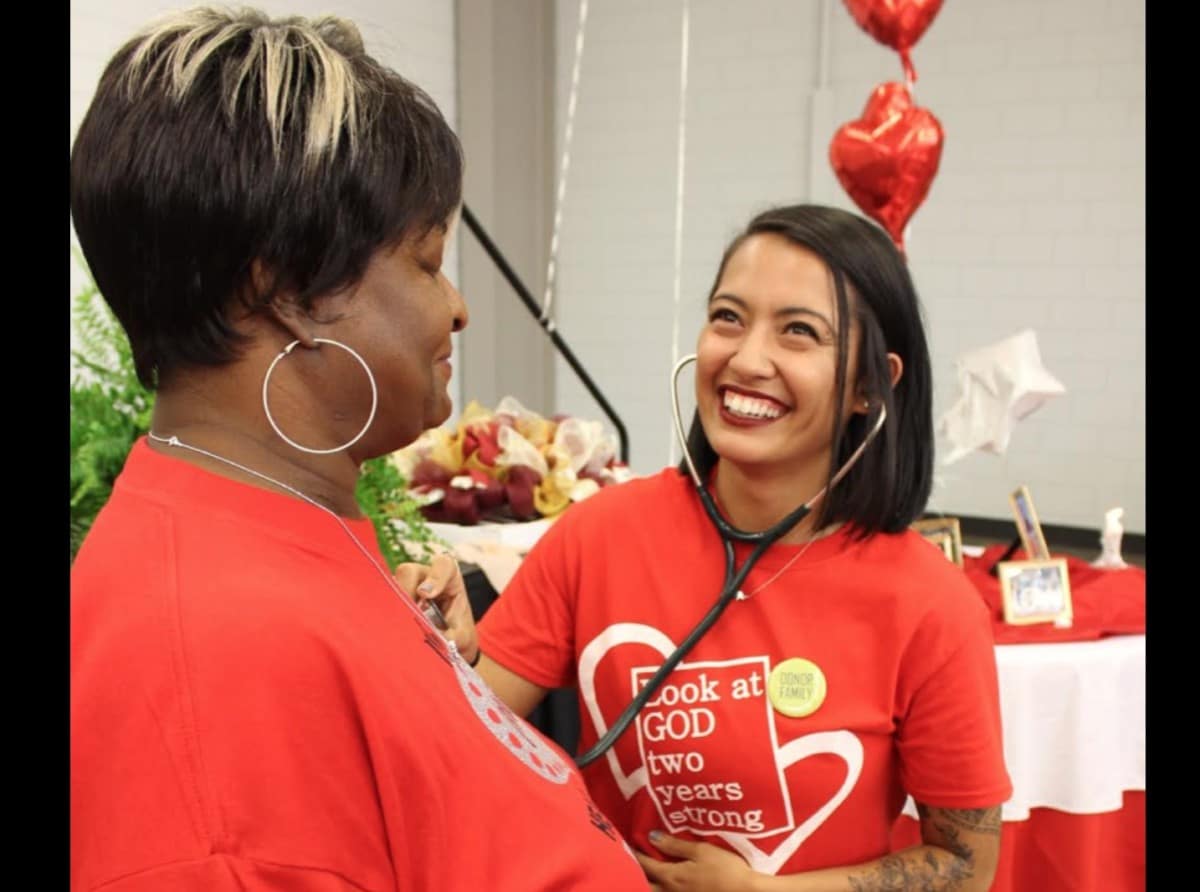 Doris Arnold dealt with heart issues for the better part of two decades before a transplant gave her renewed life in May of 2016.

“When they told me I was getting a heart, I said, Hallelujah, praise Jesus,” said Arnold.

“I am so glad they came because I said, ‘If they didn’t come, I was going to them,’ because they are a blessing to me,” said Arnold.

Melissa Colorigh, the eldest of Williams’ three children, came from Texarkana, Texas with her new husband of just two weeks, Morgan. Accompanying Melissa and Morgan for the celebration were Daphne’s sister Nani and her husband Jeffery.

“It is overwhelming but it is overwhelming in such a joyful way,” said Colorigh. “You know, you do carry a lot of hurt and you feel empty but seeing (Doris) and being around her, it fills in that gap a little bit.”

In what Melissa termed an ‘on the fly conversation’, Daphne had told her daughter that she wanted to be an organ donor if anything ever happened to her. She discussed that decision soon after she renewed her driver’s license years ago.

“She said it very proudly,” said Melissa. “That was something that she knew she wanted to do very, very specifically if something were to ever happen to her.”

In 2016, Daphne and her husband John were in a motorcycle accident just outside of Monroe, Louisiana. John was dead on the scene, while Daphne was airlifted to Shreveport. She ultimately died and became a multiple organ and tissue donor. Melissa said that being at the celebration helped with some of the healing process.

“You try to find different coping mechanisms, and just knowing that Doris is here with my mom’s heart that gives us a sense of peace almost,” said Colorigh.

After going through the proper channels, the two families originally connected in the fall of 2017 over the internet, but this was the first face-to-face meeting. Prior to the beginning of the celebration, themed ‘Two Families Became One’, they shared a private moment.

Melissa held a stethoscope to Arnold’s chest to hear her mother’s heart beating. It was emotional for both.

“I definitely broke down,” said Colorigh.

“I couldn’t say anything,” said Arnold. “It’s just a miracle.”

Colorigh added that it was like being with her mom in a way.

UMMC: working “for years” to renegotiate with Blue Cross/Blue Shield of Mississippi