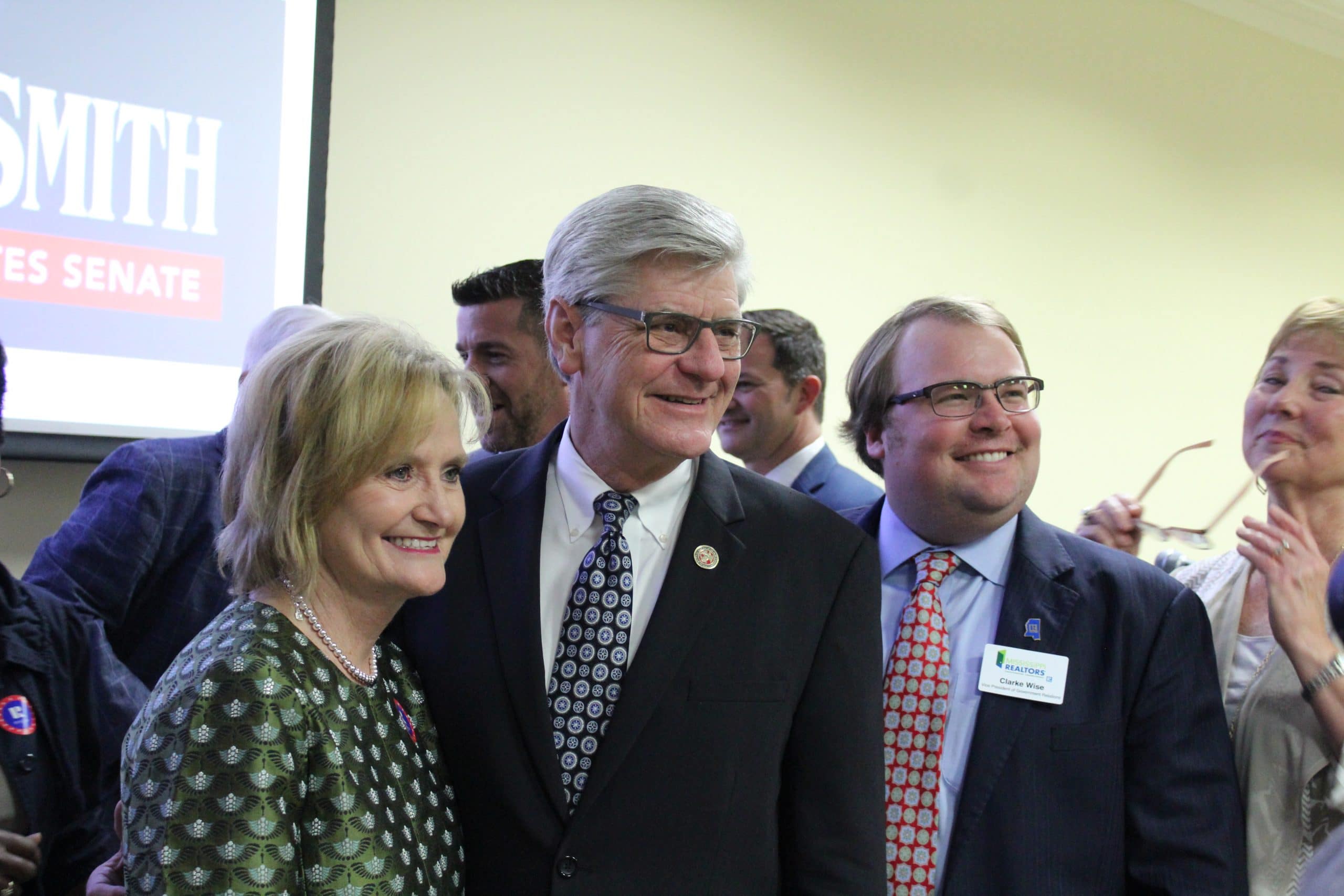 Senator Cindy Hyde-Smith was back in Mississippi today to receive the endorsement of the Mississippi Association of Realtors.

“We are proud to share a commitment to improving our communities with Senator Hyde-Smith,” Glass said. “Just as she served as an aggregate for realtor issues in the Mississippi Senate and in her role as the Commissioner of Agriculture and Commerce, the realtors know that Senator Hyde-Smith will continue her hard work as a champion of realtor issues.”

In her address to the gathered members of the organization, Hyde-Smith discussed how she intends to continue to address measures to ensure realtors and their related industries continue to grow.

“Many Mississippians are employed in the real estate business and the related industries and contribute so much to the economic health of our state. We know what you contribute to that and how important that is, but what I want you to know is that is that as your U.S. Senator, I’ll continue to promote policies at the federal level that support that economic growth and that job creation to the very best of my ability.”

As the campaign gets underway, and all five candidates have filed their paperwork, Governor Bryant is proud of how hard the newly appointed Senator has worked to co-sponsor legislation in D.C. relating to gun rights for Mississippians across state lines and bills to help confirm President Trump’s nominees. Bryant said that his appointee has hit the ground running and taken on issues facing Mississippians in her first few weeks in Washington.

“She is actually getting things done…I don’t know that any of the lawyers that are running have really accomplished anything,” Governor Bryant said.

Hyde-Smith knows that working and campaigning at the same time can be a grueling task, but she says her staff will help her along, and she is confident that she has the strength to make it through the campaign.

“There’s not anybody out there that can outwork me,” Hyde-Smith said. “I am a fierce campaigner, I’ve been through campaigns before. I know what it takes, and it takes a strong start and a strong finish, and we plan to be there every step of the way.”

President Trump has not endorsed any of the candidates in the race so far, and Hyde-Smith said that they have had “some very good meetings” and that she has a good relationship with the President.

Governor Bryant said that he agrees with Trump’s decision to wait to make an endorsement due to the importance of the election after Republicans lost races in both Alabama and Pennsylvania. The Governor also mentioned that he would not pressure President Trump to endorse the newly appointed Senator.

“When the President decides to make an endorsement, if he does, we would welcome that endorsement. There is not an effort by me to push on the President or take advantage of our friendship; he’ll know when the time comes to endorse Cindy Hyde-Smith,” the Governor said.

As far as the role of the relators in the election after their endorsement, Governor Bryant said that they need realtors across the state to do what they do best.

“I’ve never met an introverted realtor. You guys know everybody. You love to communicate and have that personal relationship with the people that you serve, and all of you know how to put up signs. So, let’s all go put up some Cindy Hyde-Smith signs and win this election.”

This Week on #GoodThings with @RebeccaTurnerRD