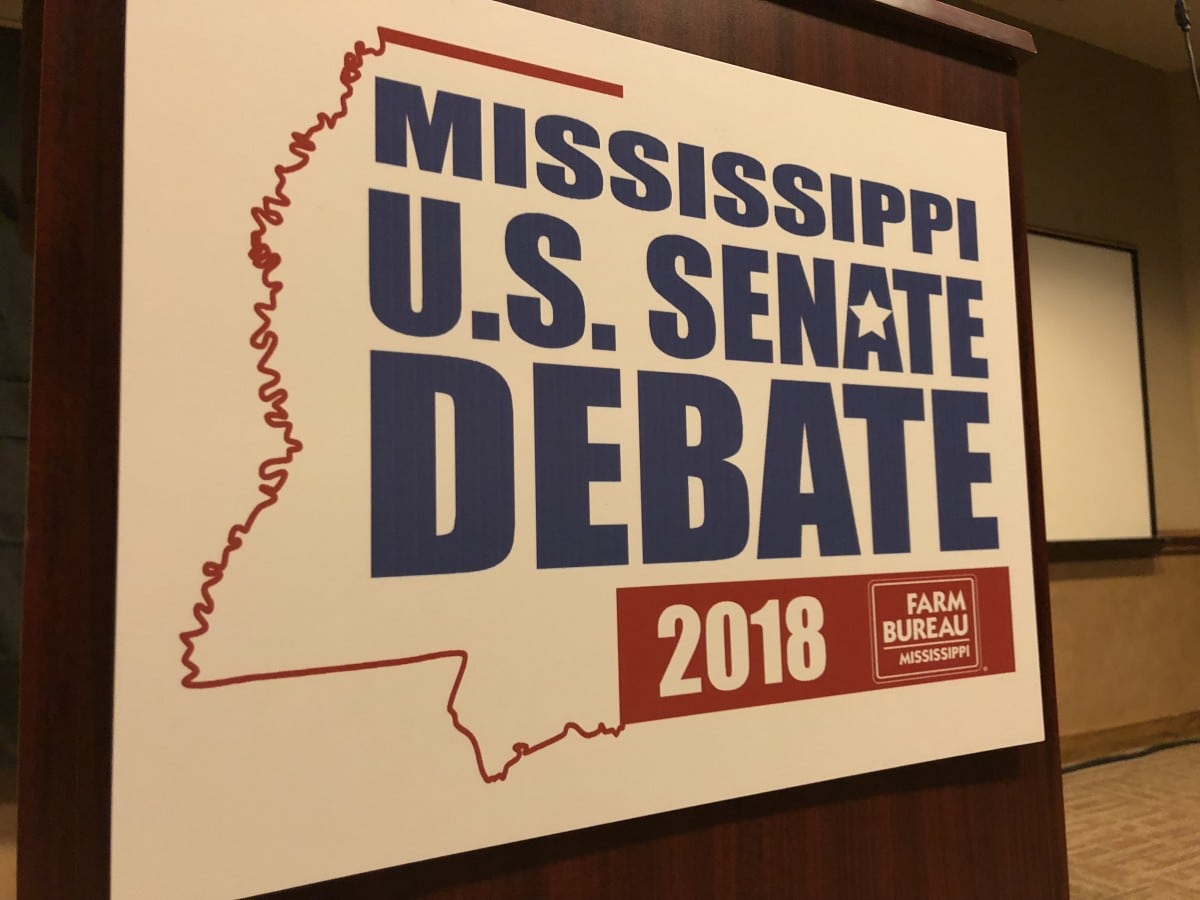 Tonight, incumbent Senator Cindy Hyde-Smith (R) and Mike Espy (D) stood shoulder to shoulder on stage for a debate ahead of next Tuesday’s runoff election for the remaining seat in the U.S. Senate.

An expected point of contention came when the moderators asked about the recent comments made by Senator Hyde-Smith at a campaign event regarding a “public hanging”. Hyde-Smith did apologize for the comments but went on to claim that her words were twisted as a political attack.

“For anyone that was offended by my comments, I certainly apologize. There was no ill-will, no intent whatsoever in my statements. In nearly 20 years of service of being your state Senator, Commissioner of Agriculture and your U.S. Senator, I’ve worked with all Mississippians. It didn’t matter their skin color, their age or their income, that’s my record,” she said.

In response, Espy refuted the claim that the words were twisted.

“I don’t know what’s in your heart, but we all know what came out of your mouth,” Espy said. “It has given our state another black eye that we don’t need.”

In response to controversies of his own, Espy attempted to clarify a recent story that claimed that he received a $750,000 contract from a foreign dictator while serving as a contractor with the Cocoa Commission of the Ivory Coast. Espy stated that he returned the funds after he realized that Laurent Gbagbo was a “really bad guy”, and that he reported certain violations to the CIA. Gbagbo is currently on trial with the International Criminal Court for crimes against humanity.

“That changed this country, and that changed this state,” Hyde-Smith said. “Our economy is better than it has been in decades. With these tax cuts, our businesses have had the opportunity to prosper, to grow, to increase wages and improve benefits.”

Espy attempted to paint a different picture when it comes to the recent tax cuts and their impact on wages in the state.

“Wages have fallen by 2% in Mississippi from 2017 to 2018,” he said. “We have a tax bill that was aimed at top income bracket, but the benefits have not trickled down.”

Gun control has been at the forefront of the political conversation, and it was discussed during tonight’s debate.

As it related to recent school shootings, the incumbent, who holds an endorsement from the NRA, said that the threat is tied to a mental health problem. She stated that working with law enforcement to solve those issues, she will defend the right to bear arms.

“You will never see me waver on a vote that attacks to the second amendment,” Hyde-Smith said.

Espy stated that while he owns guns and has throughout his life, his thought process has “evolved” on the matter and called for stricter background checks.

“If you’re on the no-fly-list, if you can’t even get on a plane, you probably shouldn’t own a gun without careful vetting,” Espy said.

The candidates spent a large portion of the hour-long debate on healthcare, specifically pre-existing conditions.

Hyde-Smith recently co-sponsored a bill regarding the protection of individuals with pre-existing conditions, but Espy argued that the bill doesn’t go far enough. Hyde-Smith also continued to discuss her support for a full repeal of Obamacare, while Espy praised its impact on healthcare in America.

With the divisive nature of politics in today’s day and age, the moderators asked about the candidates’ ability to work across the aisle.

“Absolutely, but only if it’s good for Mississippi,” Hyde-Smith said. “I was known for that in the state Senate.”

“I have a long history of [reaching across the aisle],” Espy said while discussing a bill he passed while in Congress. “I was 31-years-old then, I’m 64 now. I’m grayer, more mature, and I’ll reach out even further.”

Hyde-Smith closed by saying that she is running for lower taxes, protecting the unborn, and working with President Trump.

“There is a clear difference between the two of us. We have conservative values. That’s what’s going to be on the ballot next Tuesday,” she said.

During his closing remarks, Espy claimed that Washington is “broken” and that he believes he can make a difference.

“We need someone to come in there with a common influence to lift us above all of the noise and to try to reach across the chasm to bring all Mississippians of good will together for a common purpose, and I really believe I can do that,” he said.

The runoff election will take place next Tuesday, November 27th with polls opening at 7 a.m. acorss the state.