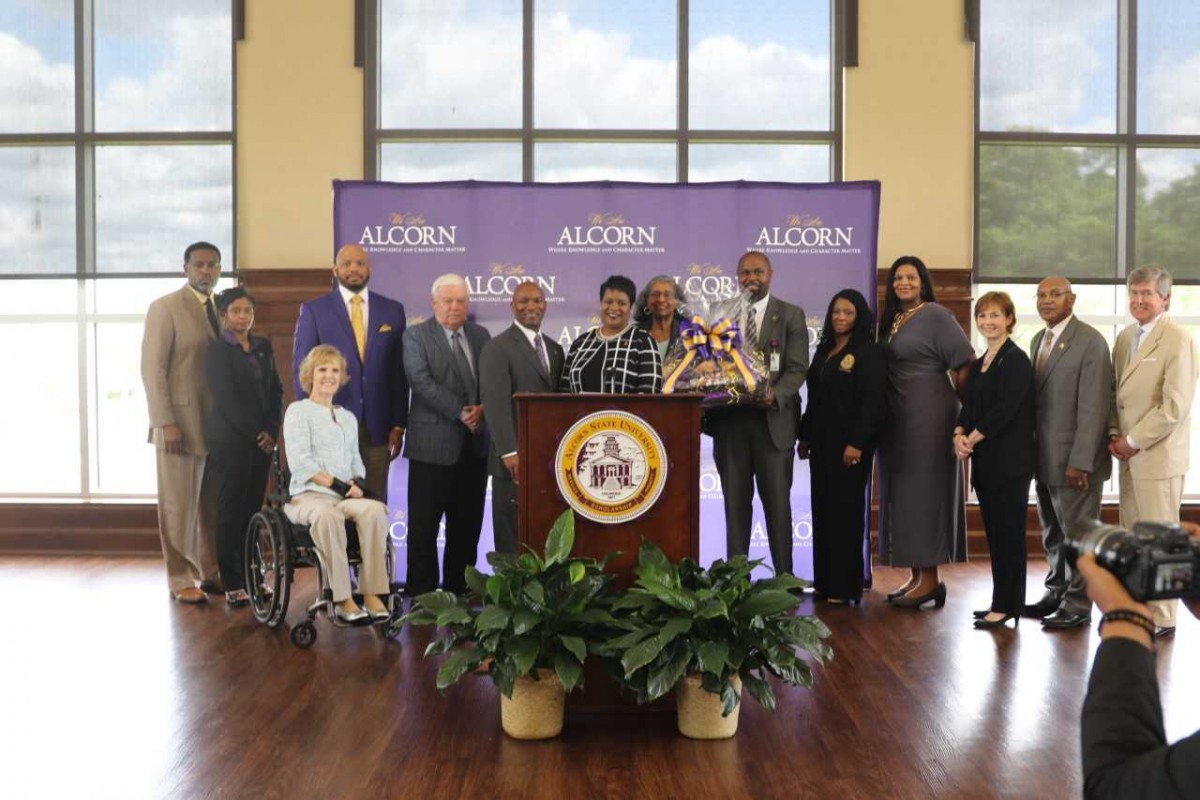 Alcorn State has its new President.

After she was announced as the university’s ‘preferred candidate’ earlier this week, the IHL Board unanimously decided to name Dr. Felecia M. Nave as President of Alcorn State University, where she graduated from in 1996.

“Dr. Nave has many years of experience as a leader in higher education,” said Trustee Shane Hooper, President of the Board of Trustees of State Institutions of Higher Learning and Chair of the Board Search Committee for the Alcorn State University Presidential Search. “Through positions of progressive responsibility, Dr. Nave has provided leadership in every facet of the university, including academic program offerings, research activity, budget management, fundraising activities and student services, including recruitment, financial aid and student success. We are very pleased to welcome her back to Alcorn.”

Dr. Nave currently serves Provost and Vice Chancellor for Academic Affairs for North Carolina Central University in Durham, N.C. Prior to her time in North Carolina, Dr. Nave served in various academic and administrative roles at Prairie View A&M University from 2003 until 2018.

In her role as Provost and Vice Chancellor for Academic Affairs for North Carolina Central, she serves as the university’s chief academic officer, developing, managing and providing oversight for all academic degree programs at the university which includes seven colleges and schools, including a law school.

Dr. Nave will begin serving as President of Alcorn State University on July 1.