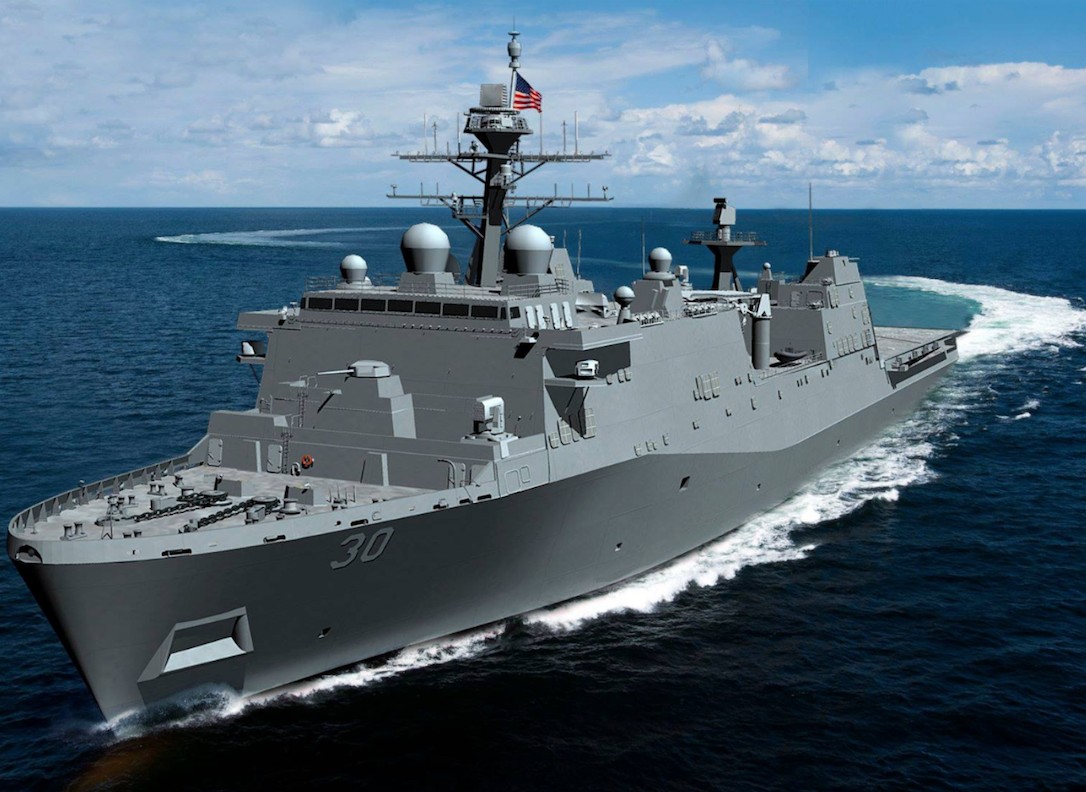 Huntington Ingalls Industries (NYSE: HII) announced that its Ingalls Shipbuilding division has received a $1.47 billion, fixed-price incentive contract from the U.S. Navy for the detail design and construction of the amphibious transport dock LPD 30. The ship will be the 14th in the San Antonio class and the first Flight II LPD.

“Ingalls looks forward to continuing our strong legacy of providing the men and women of our naval forces with the capable and survivable warships they need and deserve,” said Ingalls Shipbuilding President Brian Cuccias. “The LPD Flight II builds upon the significant investment that has been made in this platform to improve the capability and flexibility of our deployed Navy-Marine Corps team. LPD 30 will leverage a hot production line and further benefit from the investments we continue to make in our shipbuilders and facilities. We are honored to be a part of the team that will provide this next-generation platform today.”

LPD 30 is the evolution of the dock landing platform that strengthens the Navy and Marine Corps’ needs in future warfare. Utilizing the LPD 17 class’ proven hull, this LPD derivative is highly adaptable and, like the first 13 ships in the class, will be used to accomplish a full range of military operations—from major combat to humanitarian assistance and disaster relief. The ship’s versatility—from its well deck, flight deck and hospital facilities to its self-defense and survivability features—provides a viable platform for America’s global defense needs.

Ingalls has delivered 11 San Antonio-class ships to the Navy and has two more under construction. Fort Lauderdale (LPD 28) will launch in 2020 and deliver in 2021; the keel for Richard M. McCool Jr. (LPD 29) will be laid later this year. Start of fabrication on LPD 30 is scheduled for 2020.

The San Antonio class is a major part of the Navy’s 21st century amphibious assault force. The 684-foot-long, 105-foot-wide ships are used to embark and land Marines, their equipment and supplies ashore via air cushion or conventional landing craft and amphibious assault vehicles, augmented by helicopters or vertical takeoff and landing aircraft such as the MV-22 Osprey. The ships support a Marine Air Ground Task Force across the spectrum of operations, conducting amphibious and expeditionary missions of sea control and power projection to humanitarian assistance and disaster relief missions throughout the first half of the 21st century. 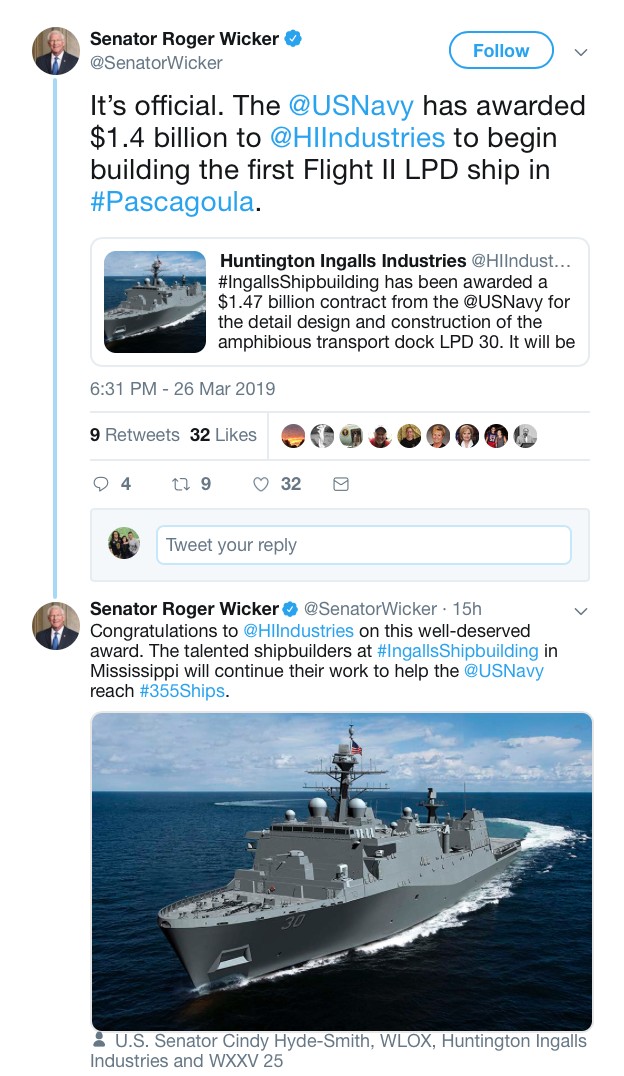 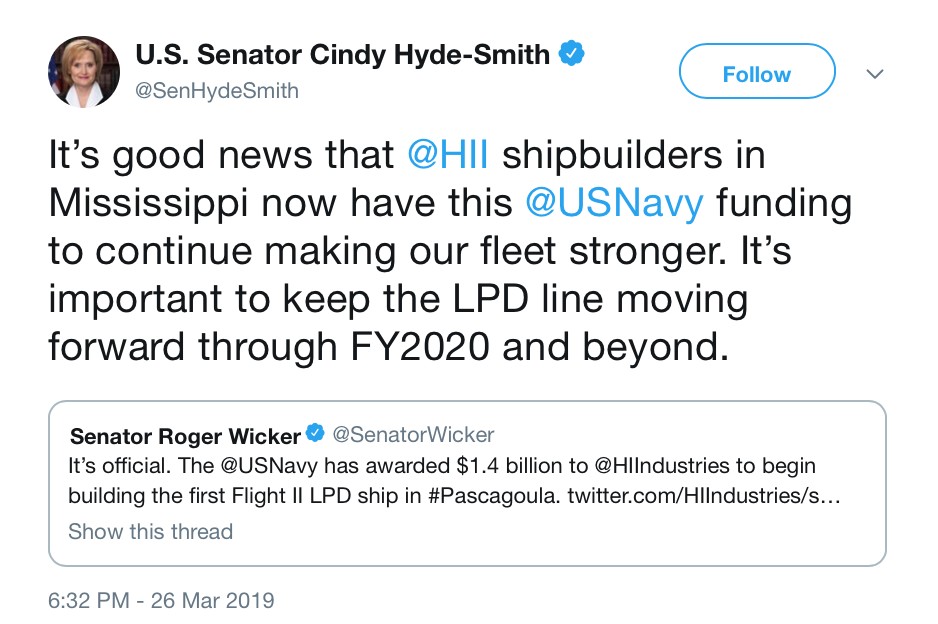 The Heartbeat Bill? Dark Money? Teacher Pay Raise? What’s your top legislation from 2019? A recap with Gregg Snowden on Gallo.

Additional $300 per week in unemployment benefits in the works