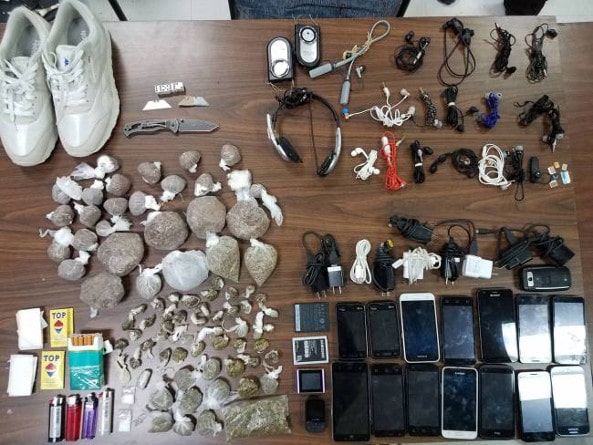 Sleeping inmates at the Issaquena County Correctional Facility in  Mayersville received an unexpected visit early Wednesday morning from officers with the Mississippi Department of Corrections looking for contraband.

A pair of flip-flop shoes appeared to have been altered to hide a cellphone in each sole.

“While this facility, which was at capacity with 274 inmates, does not rank among those with an excessive amount of contraband, it shows that there is still work to be done,” said Commissioner Pelicia E. Hall. “By the time we complete all the facilities, I hope we will see less and less contraband because Operation Zero Tolerance is not going away.”

Issaquena is the 19th shakedown of 36 facilities in the prison system.

Commissioner Hall began the shakedowns in early March to slow the flow of contraband for the safety of staff and inmates.