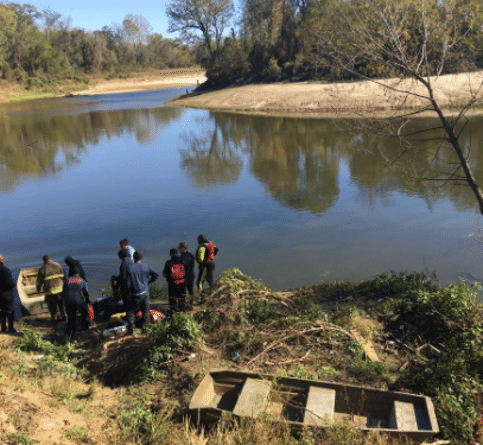 Jackson officials are searching for two men who went under water in the river behind the Water Treatment plant and never came back up.

It happened on Sunday the Jackson Police Department said that the recovery efforts were underway in the search for the two men. They suspended the search over the evening hours but have resumed on Monday.

The plant is located on I-55 South in Jackson.

Rescue teams were able to rescue a young boy from the bank of the river and he was taken to the area hospital.

Recovery efforts underway by JFD and multiple agencies’ dive teams for two male drowning victims that drowned in a body of water behind the water treatment plant at 3810 I-55S. pic.twitter.com/MNMOg7SaGa

Assisting JFD and JPD in the efforts are Ridgeland Fire, Hinds County EOC, and MS Wildlife and Fisheries.