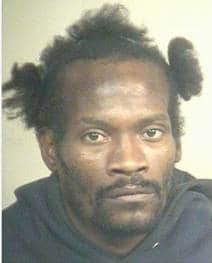 JPD is currently investigating an officer involved shooting that took place at approximately 12:15 am in the 4200 block of I-55N.  Officers were patrolling the area when they observed a suspicious male individual behind the Select 10 Motel, who immediately fled after seeing police.
This is a press release

Officers subsequently located this individual who then produced a weapon and fired shots at officers when confronted.  This led to a foot pursuit of the suspect who made it to the roof of the motel where shots were again fired. An officer was stuck at that time by the suspect as officers returned fire.

The suspect was later apprehended after discarding the weapon.  Officers were able to recover the suspect’s firearm following a search of the grounds.

The wounded officer suffered what appeared to be a graze wound to the left arm but is doing well. He was taken to an area hospital as precaution.

The suspect, identified as 40 year old, Alton Johnson, was arrested and is being charged with at least one count of Aggravated Assault on Police Officer.  Additional charges could be forthcoming.

This is an ongoing investigation.