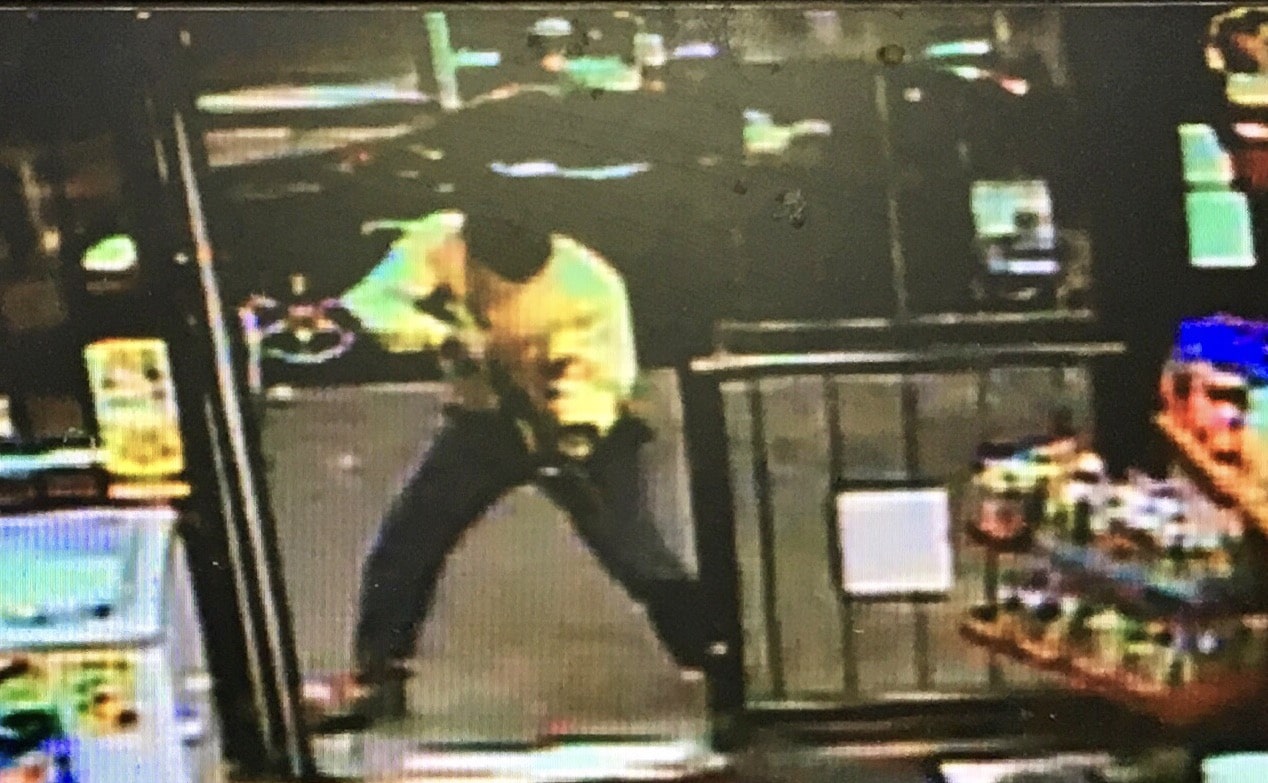 The suspect on surveillance tape. Image courtesy of JPD.

The Jackson Police Department is investigating the city’s 57th homicide of 2017, after responding to a fatal shooting at the Citgo gas station on Raymond Road Tuesday night.

Officers responded to a call and upon arrival found an unidentified black male lying on the floor of the store, suffering from multiple gunshot wounds.

Emergency personnel arrived and attempted to revive the man but were unable. The victim was pronounced dead at the scene.

After reviewing store surveillance tapes, officers determined that the victim was being pursued by an unidentified black male armed with a rifle. The suspect fired multiple shots at the victim.

According to the photo from JPD, the suspect was wearing a light-colored shirt, jean pants and boots. The suspect also appeared to have a mask or covering over his face and later fled on foot.

JPD has now sent an email with the link to a Facebook post from the Jackson Street Ministry identifying the victim as a 60-year old man named Terry. No last name was provided.

Anyone with information about this crime is asked to contact the JPD or call Crime Stoppers.
previous post

Shopper safety: are you shopping smart?

Soldiers experience home away from home during Thanksgiving