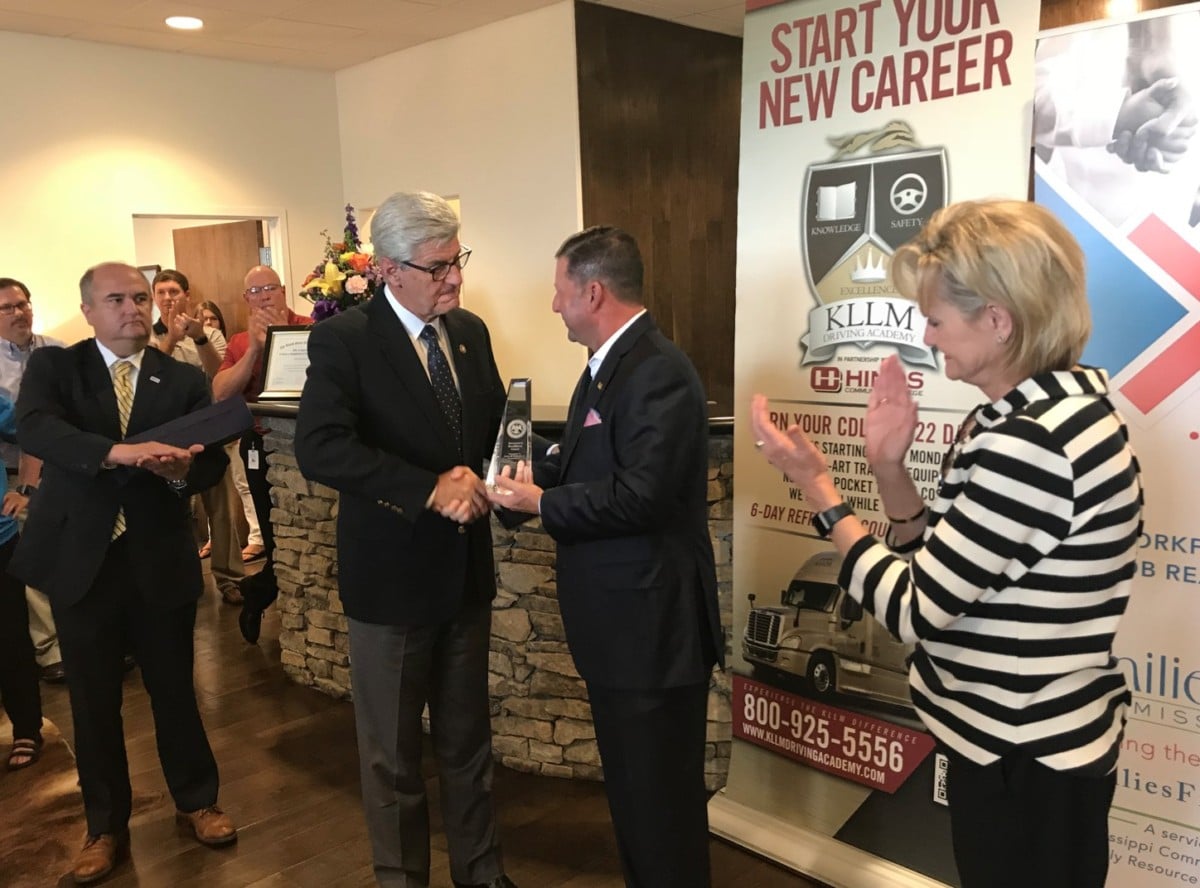 Governor Bryant expressed the importance of truck drivers in Mississippi and how thankful he is for them and the work that Richards has done.

Richards said they were honored to be there. He explained that they started a driving academy with Hinds Community College and Dr. New has worked with KLLM to develop that driving academy, which he said has turned into a great success from a workforce development standpoint.

Governor Bryant and Senator Hyde-Smith also had the opportunity to speak to a classroom full of future drivers and drive one of the simulators. Senator Hyde-Smith told the class her father was a truck driver, so she thanked them for what they are doing.

The live video from our Facebook can be viewed here: