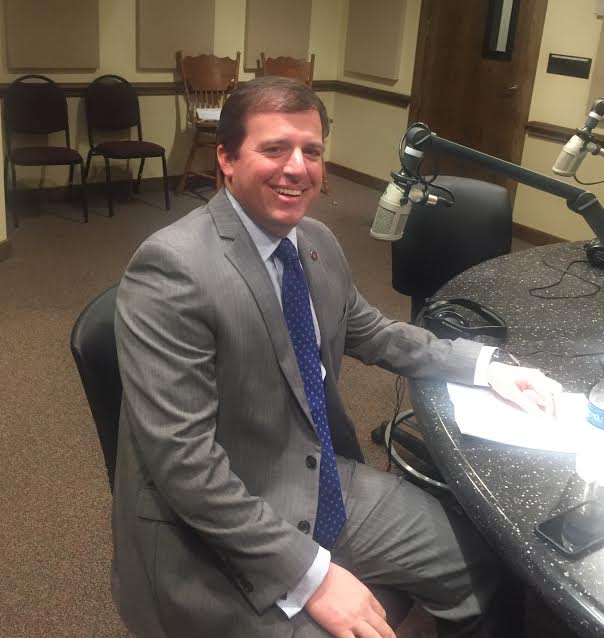 JACKSON, Miss.- Senator Josh Harkins submitted a bill to lawmakers on Tuesday that asked for the legalization of CBD oil, or Cannabidoil, for medical purposes.

Contrary to popular belief CBD oil is not the same as medical marijuana. The two substances do not contain the same components.

CBD oil is made from high CBD content and low tetrahydrocannabinol (THC) hemp. This differs from medical marijuana because usually it is produced from plants with a high concentration of  the psychoactive THC. Hemp oil only contains small traces of THC so CBD oil is not psychoactive.

The proposed bill would allow for any facility in the state that has a DEA (Drug Enforcement Agency) license to be able to “formulate” the oil for a patient. That involves ordering the concentration from a Natural Products lab and diluting it into a solution that the patient will then take based on a prescription given by a physician.

“Originally it was intended for children with epilepsy, but if I had my way it could be for anyone that needed it. To my understanding the drug is not a harmful substance,” said Harkins.

Harkins said that there is anecdotal evidence of the drug helping patients with Parkinson’s, brain injuries, concussions, and PTSD. Studies are continuing to be conducted on a number of patients, neurological issues seem to be the focus.

“It’s not a harmful substance, it doesn’t have any street value. You can’t get high. Someone can’t take it and steal it and use it and abuse it,” said Harkins.

Harkins says the drug can only be administered per a doctors prescription and that as of now it will not be covered under traditional health insurance. But he said he is hopeful that once it becomes available and potentially replaces other pain relieving drugs insurance companies will be more apt to provide assistance in purchasing it.

In 2014 a similar bill, HB 1231, or “Harper Grace’s Law,” was passed and signed into law by Gov. Bryant. The law states that cannabis extract, oil, or resin that contains more than 15% CBD and less than 0.5% THC. The oil then must be tested and obtained by the National Center for Natural Products Research at the University of Mississippi and dispensed by the Department of Pharmacy Services at the University of Mississippi Medical Center.

However, due to a lack of federal approval for testing and use the law has not actually become available to Mississippi residents.

Lawmakers on both side of the isle are in favor of the bill.