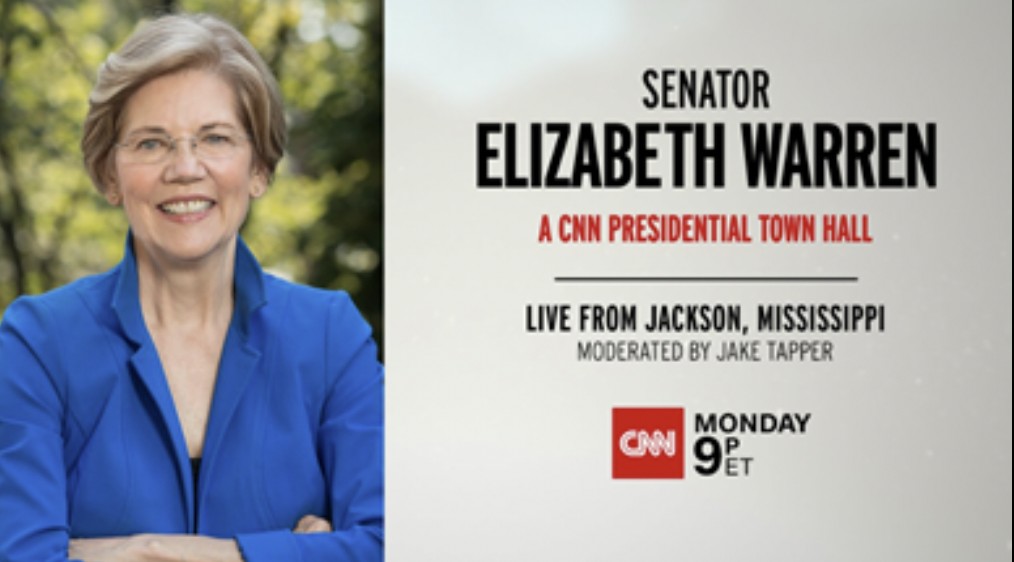 Tonight, 2020 Presidential candidate Elizabeth Warren is set to speak at a CNN Town Hall event at Jackson State, but the event hasn’t come without controversy.

While it was initially reported that the event would be open to the public, only a limited number of seats have been made available. Media is also unable to enter the event, and are being asked to set up in a ” press filing center” nearby.

After the news broke that there would only be limited access to the event, Republican leaders, including Governor Bryant, voiced their displeasure with the situation.

“So @SenWarren will shut out the Mississippi media and the average Mississippian to her so-called town hall event. That’s the typical Liberal way of stopping free speech on a college campus,” Governor Bryant tweeted.

Chairman of the Mississippi Democratic Party Bobby Moak said that he believes that the limit is based on capacity rather than a conscious decision to keep the public out. As for the media, he says that CNN isn’t doing anything outside of the norm.

“This is CNN hosting the event, and they are media. I kind of doubt that they would want to invite other media sources in on any breaking story that they may have. I think that’s probably common in news reporting, I don’t really see anything there.

Second of all, it is open to the public. We’ve had requests for 400-500 tickets, and we have sent the public to the sign-up site. I think it’s more about seating rather than any sort of closure to the public,” Moak said.

Moak referenced a sign-up site through CNN that potential attendees had to fill out. He also went on to say that if some of those who were critical of the attendance policy wanted to go to the event, he’d be willing to accommodate them.

“If any of those Republicans leaders want a seat, ask them to give me a call and they can have my ticket,” Moak said.

Chairman of the Mississippi Republican Party Lucien Smith and State Auditor Shad White were among the other leaders who voiced their opposition to the event.

“There is only one party that represents the views of most Mississippians: the Republican Party.  Given the Democratic Party’s wild lurch to the left, it’s no surprise they want to hide themselves from local media so they and their candidates can continue pretending to be moderates.” – Lucien Smith

“Elizabeth Warren has always had an interesting relationship with transparency. When she was accused of using her so-called Native American heritage to get a job at high powered law schools, it took her years to turn over her employment records. Now she’s coming to Mississippi but won’t let local media into her event. I have no idea why she doesn’t want them there. Maybe she’s worried people will figure out her policy proposals would unwind all the economic gains that we’ve seen under President Trump.” – Shad White

Congressman Bennie Thompson (D) did not comment on the details surrounding the event but praised Warren’s decision to visit Mississippi.

“Glad to see Democratic Presidential candidates coming to Mississippi. Senator Warren is a fine person who needs to share her vision for America with fellow Mississippians,” Thompson said.

The Mississippi Institutions of Higher Learning opted not to comment on the situation.

Warren has represented Massachusetts as a Senator since 2013, and so far, she is one of over a dozen Democratic candidates in the 2020 field. The event, which will be held inside of the Rose Embly McCoy Auditorium, begins at 8 p.m. and it will be televised on CNN.

Can your high schooler code under pressure?