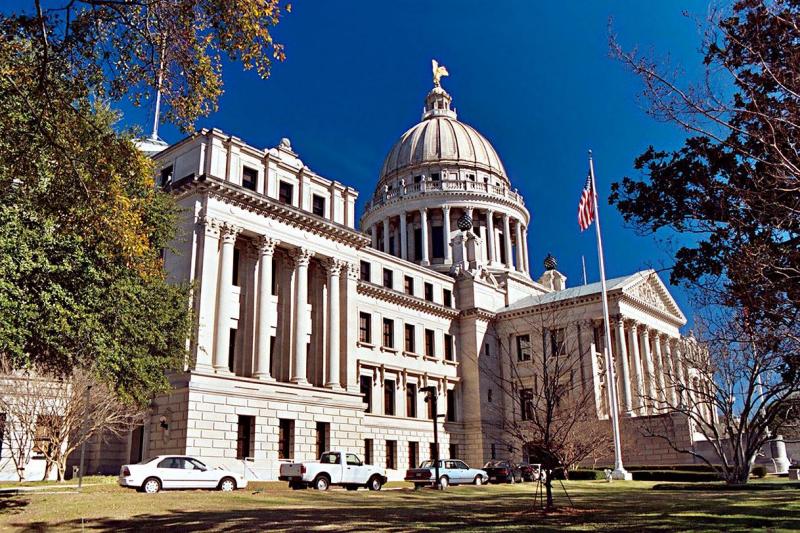 JACKSON- Another week marked off the books for 2017 Mississippi Legislative Session. Here’s what your lawmakers did with taxpayer dollars at the Capitol this week.

Get ready for an internet sales tax. The House officially signed off on House Bill 480. It’s being sent to the Senate for consideration.

Certain state agencies could receive exemption from rules, regulations, and procedures from the state Personnel Board under House Bill 974. It was originally held on a motion to reconsider but was brought back up on the floor and passed in a close vote of 62-57 after three amendments were made.

Good news for Jackson, the Capitol Complex District, or House Bill 1226, passed the House 104-12. It will allow the city of Jackson more power in addressing the repairs and enhancements that need to be made in the areas surrounding the Capitol.

In the wake of the tragic suicide of River’s McGraw, his mother pushed for River’s McGraw Act to be considered on this years agenda. Filed as House Bill 1089 it would require parents to be notified if their child, under the age of 21, was arrested for drug use or substance abuse. The measure passed unanimously.

Back the Badge, House Bill 645 stirred up quite the debate on the House Floor. The act would increase penalties for violent crimes against police officers. The bill finally passed 85-31.

The University of Mississippi Medical Center could get a chance to enter a health care collaborative with other health organizations in the state. House Bill 926 would allow for the IHL and UMMC to partner with rural hospitals and consumers to save money and modernize healthcare in those areas. Those opposed say it gives UMMC an unfair advantage over hospitals that can enter their own collaborative effort. The bill passed the House, 89-24.

Do you always look forward to not wearing your seat belt in the backseat? Well don’t get use to it House Bill 539 would require back seat passengers to buckle up too.

Here’s what the Senate did:

Looking forward to seeing your kids writing in cursive again? Well it’s very close to a reality with the Senate passing Senate Bill 2273 on Wednesday with a vote of 48-4. It would ensure that educators teach students cursive writing in elementary school.

It’s not quite weed, but it’s close. A bill that would allow the use of Cannabidiol in the treatment of seizures and other medical conditions has passed the Senate. SB2610 passed unanimously.

The settlement funds from the BP oil spill could make their way back to the coast upon the House and Gov. Bryant’s approval. SB 2634 passed unanimously to send those funds to the Gulf Coast Restoration Reserve Fund. That money would be kept separate from the general tax dollars.

While a statewide lottery won’t be happening this year, a Senate Bill is still alive that would set some requirements on sports betting entities. It would force them to get a background check to prove they could pay back someones winnings. That’s SB 2896, it was received in the House.

No more use of campaign money for personal use, said the Senate. They passed the campaign reform bill, SB 2689, unanimously.

In Mississippi domestic violence is not yet listed as grounds for divorce. SB2703 would change that, and it passed the Senate 51-0. Also taken up was Senate Bill 2907 which would consider coercion as a means of rape.

Check back here for next week’s legislative wrap up.

Clouds with slivers of sunshine