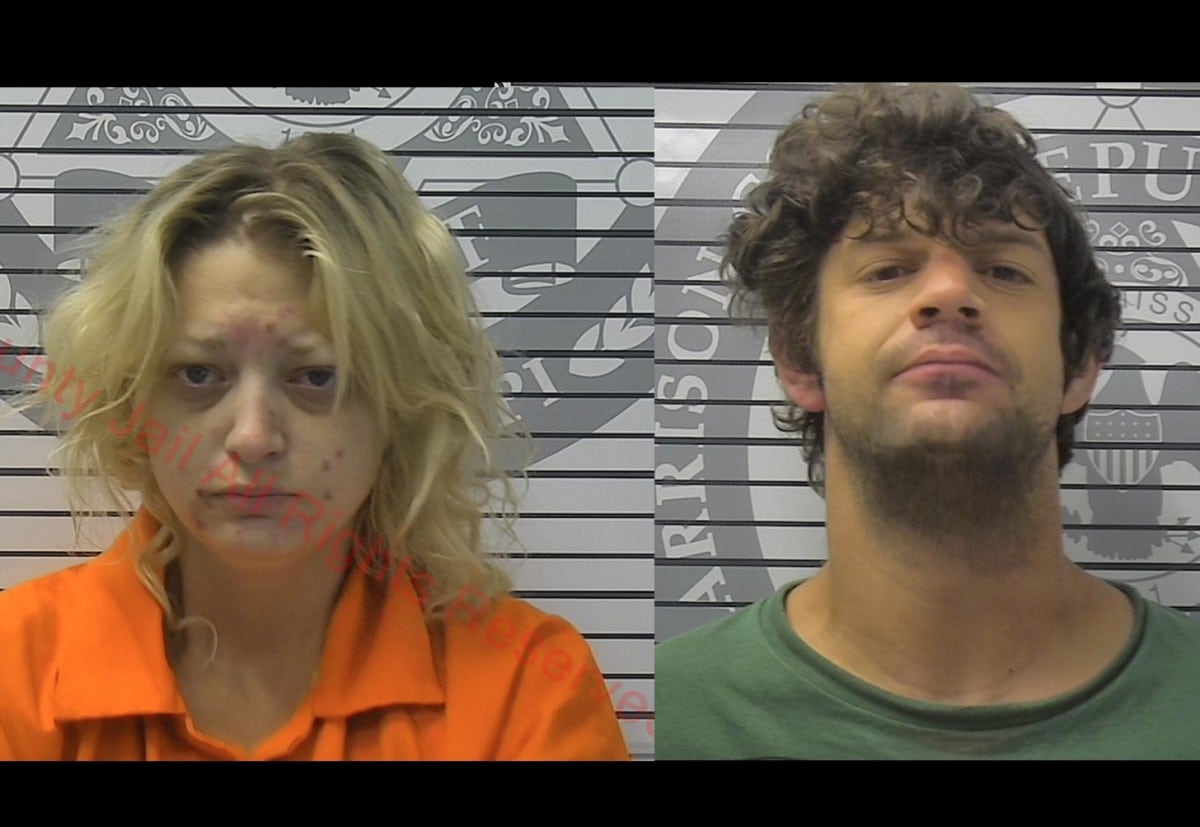 Yesterday morning Biloxi Police Officers responded to a report of a male and female sleeping in a vehicle in a parking lot where a young child was present and the caller was concerned about the wellbeing of the child.

As officers arrived they observed a male driving the blue Ford passenger car pulling onto Beach Blvd and conducted a traffic stop at the Shell gas station across from the Beau Rivage Casino.

The driver, identified as 32 year-old Philip John Slyvest, a resident of Baton Rouge, LA, appeared to operating the vehicle while intoxicated.  He was also wanted out of Baton Rouge for various drug charges.

Upon further investigation the adult female passenger was identified as 29 year-old Christian Aine Anderson, also a resident of Baton Rouge. Both Anderson and Slyvest were found to be in possession of drug paraphernalia, commonly associated to the consumption of meth.

Both were arrested and charged with possession of paraphernalia and also charged with child neglect being that the above facts were committed while they were the responsible parties for a child under the age of one.

Their bonds for the possession were set at $426.00 and child neglect $1,426.00 for a total of $1,852.00 each. Slyvest is also being held without bond as a fugitive from justice pending his extradition hearing in reference to the outstanding Baton Rouge charges.

The Mississippi Department of Child Protective Services was notified and responded and the child appeared to be in good health.