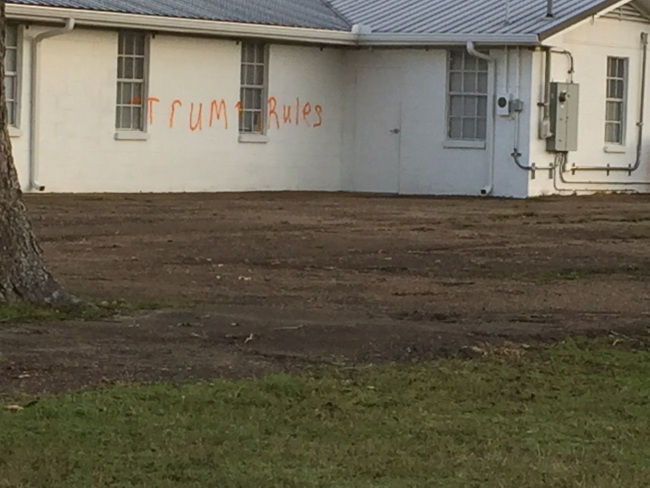 MADISON COUNTY- A church in Madison has been vandalized with the words “Trump Rules” spray-painted on the side. The side of Good Samaritan Missionary Baptist Church on Highway 22 was spray painted with the words about the current President of the United States.

The graffiti was found by church member Adrian Lewis who said he comes to the church to clean up during the week in preparation for Sunday services.

He found the spray-painted message on Thursday. A window was also busted out and the door was unlocked but authorities say they don’t believe anything was taken.

Lewis said the general consensus of the congregation was asking the question “why?” He said this type of behavior sends the wrong message.

A few members of the church said they prayed for the person responsible.