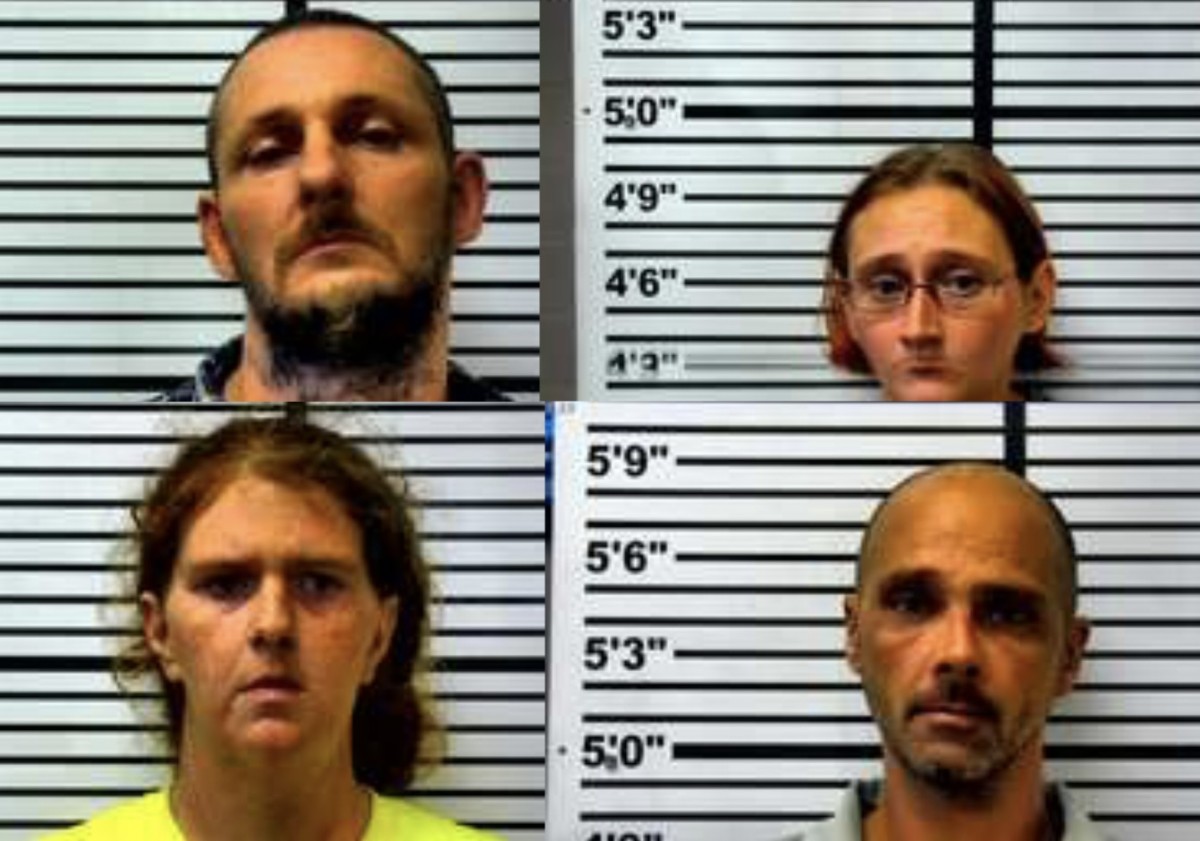 On Friday, Jones County Deputies received an anonymous tip that children had been seen covered in bug bites and that they were malnourished.

An investigation led the officers to the home of Douglas Lovett on Highway 29 South. When they arrived on the scene, they immediately observed a “debris filled front yard and front porch area.” Lovett, a father & stepfather to the children, let officers into the home. According to a news release, three children were at the home and were recognizably covered in insect bites and appeared to be unkempt.

As the officers continued to search the home, Lovett told police that two younger children (an infant & toddler) had been taken into town by Mary Louge and Stanley Robinson, adults who were also staying at the home. Lovett’s wife, and mother to all of the children, Rebecca Lovett, was at work.

While at the home, deputies contacted Jones County Sheriff’s Investigators and Child Protective Services about the condition of the children. As CPS arrived on the scene, Louge and Robinson returned with the other two children, who were in the same condition as the older children. It appeared none of the children had been bathed, nor had they had much to eat. Investigators provided some basic clothing items and food for the children before they were put into the care of family members.

Deputies took Douglas Lovett, Louge and Robinson in custody, then went to Rebecca Lovett’s work and took her into custody.

All four are charged with 5 counts each of Contributing to Delinquency or Neglect to a Child.

Primary election runoff: what you need to know