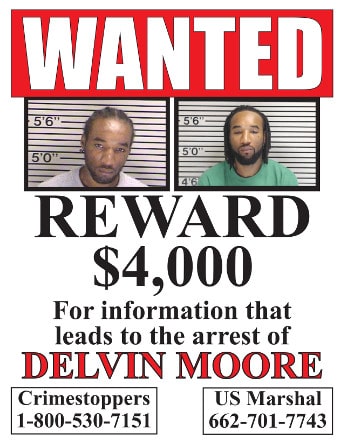 Lowndes County deputies are hunting for a man who escaped from jail by stuffing paper into the lock of his cell door.

Moore was in a temporary cell without a toilet and sneaked some paper towels or toilet paper back with him when he was escorted to a toilet Saturday night.

Miley said that when guards opened a door to release another inmate, Moore opened the door to his cell and dashed past the guards and out the front doors directly behind the other inmate.

There is currently a $4,000 reward for information leading to Moore’s capture.

Miley said that an internal investigation is currently taking place and that disciplinary action will be taken if it is needed.