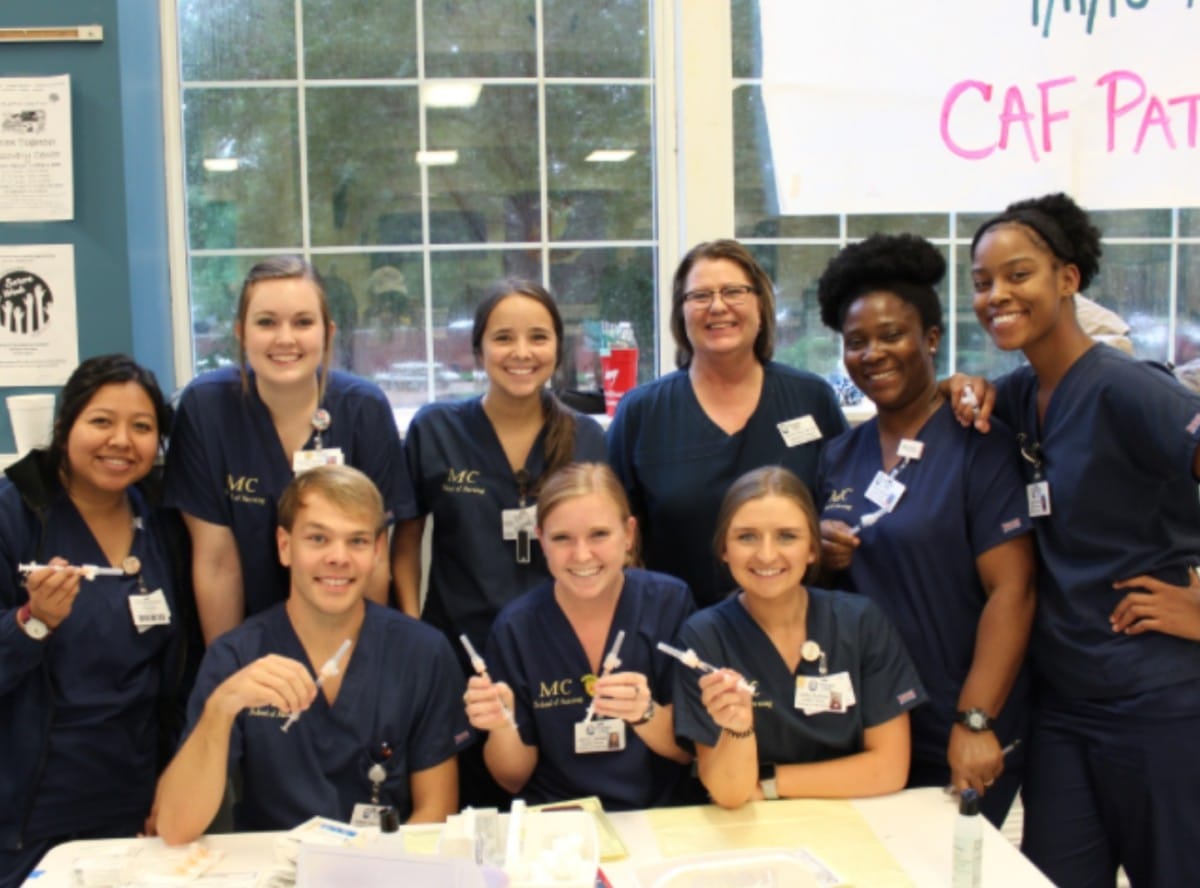 America’s flu season starts to see increases in October, with peaks reported between December and February. Between 12,000 and 56,000 Americans die from the flu each year and over 200,000 people are typically hospitalized.

To make sure flu problems are kept to a minimum for members of the Mississippi College family, MC nursing students offered 300 free vaccines on September 26th. A steady stream of faculty, staff and students received shots at the cafeteria on the Clinton campus.

Majorie Trevillion, a cashier with Campus Dining, the school’s food services provider, said she never gets the flu. She has regularly gotten flu shots over the past 15 to 20 years and sees no reason to change that habit now.

After packing up their supplies following several hours of service, the student nurses returned for a repeat performance at the school cafeteria on October 3rd. Later this Wednesday, the MC seniors will also give more flu shots at the Leland Speed Library from 3-6 p.m. For the students on track to graduate in December 2018, it’s good practice before they embark on healthcare careers and it’s a nice benefit for the Mississippi College community.

The flu is a contagious respiratory illness caused by the influenza virus. Older people, age 65 and above, and young children are at a higher risk of serious complications. The flu can kill up to 4,000 Americans per week, the Centers for Disease Control reports.

The MC School of Nursing has been administering flu vaccines on the Clinton campus for many years. Later this Fall, Mississippi College student nurses will once again operate a health fair at the Mississippi Baptist Convention.

Their duties at the October 30th convention at First Baptist Church Jackson include providing flu shots for pastors, spouses and other Baptist leaders. The students also hand out healthcare packets on a variety of issues, check blood pressure and conduct various health screenings.

“I get it (flu shots) every year for the last ten years,” says Collins. Since he’s been getting the flu shot, Collins says he never gets the flu.

While there were storms and heavy showers for much of the day on September 26th, School of Nursing students had little time to rest between flu shots. “They’ve been busy bees,” said Deborah Bolian, a professor at the School of Nursing.