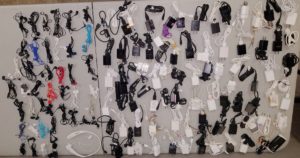 “That’s 175 cellphones and 172 packs or bags of tobacco removed within three weeks from a facility that usually has 200 state inmates,” said Commissioner Pelicia E. Hall. “This administration has zero tolerance for contraband.”

In addition to the contraband, MDOC officials also reported a strong marijuana-like odor during the search at 5:45 a.m.

Many inmates received rule violation reports for possession of contraband. Two offenders, in particular, were found with the most cell phones and other illegal items MDOC has found on one offender since Operation Zero Tolerance was implemented. One of those inmates had two saw blades, screws, a wrench, eight Zip Ties, three smartphones, tobacco, and tobacco-related items. 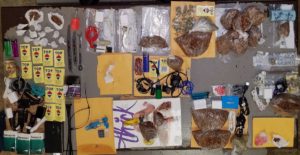 “What we found today at Holmes-Humphreys Regional concerns me, but I appreciate the cooperation that we are getting from the regional staff,” Commissioner Hall said.

MDOC and regional staff also have conducted a shakedown at Yazoo County Regional Correctional Facility in Yazoo City. On July 5, several inmates were cited for rule violations after they were found with a small amount of contraband, including cell phone chargers, suspected marijuana, and green dot or PayPal numbers. Also, there were 31 smartphones, three flip phones, 27 cell phone chargers, 14 pairs of earbuds, and 18 packs of suspected marijuana seized among assorted contraband.