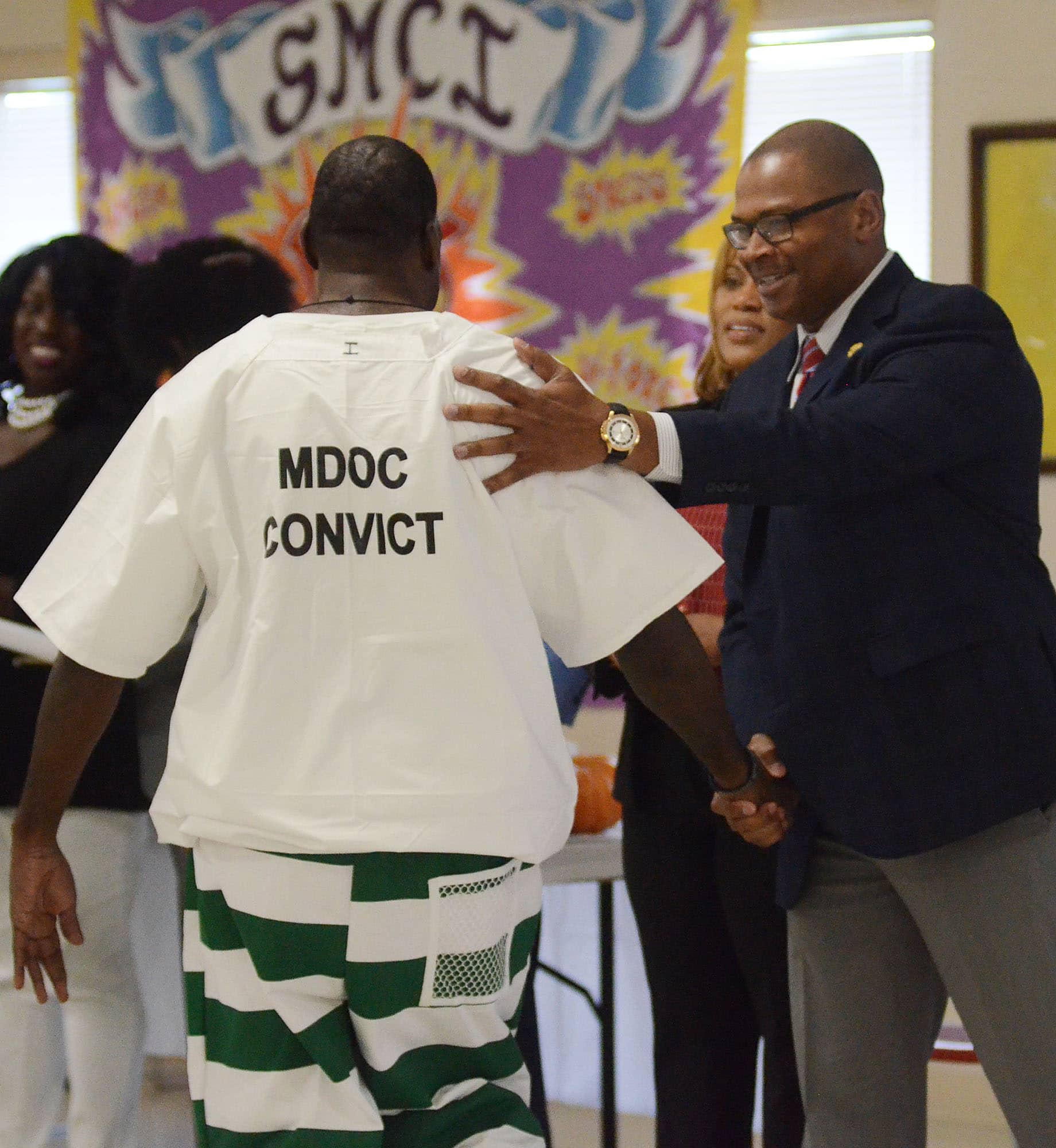 JACKSON – More inmates are being better prepared to return to their communities before release as a result of the Mississippi Department of Corrections expanding its pre-release program.

This is a press release.

Inmates who are within six to twelve months of release are eligible for pre-release services that focus on life skills, financial management, job skills and employability skills. Participants are assisted with finding employment before release. They leave prison with connections to employers. They also are taught through Thinking for a Change, a cognitive behavioral program, how to make better decisions.

SMCI held its first pre-release graduation Thursday. Fifty-three inmates were awarded certificates upon completion of the program that began Feb. 6 at the Greene County prison.

Inmate Deonta Glover, 33, said he aims to do just that – take what he has learned about how to deal with anger management issues when he is released.

“There are lot of steps that I learned about anger management and dealing with personalities,” said Glover, convicted of possession of stolen property and being a convicted felon in possession of a firearm in Harrison County.  “I feel good about returning to the community and giving back any way I can.”

Like Glover, fellow graduate William Edmonson, 42, said the program has helped him to work on himself, to change his thoughts. “It has taught me how to be a better man, a better father and a better family member,” said Edmonson, convicted of forgery in Lowndes County.

Expanding the pre-release program is essential to the agency’s mission to provide effective post-release supervision while being accountable, innovative and fiscally responsible, Hall said. “As more offenders are being released under major criminal justice reform, we must make sure they are prepared for success and not failure,” she said.

Hall challenged SMCI graduates to be a success story by not returning to prison. In addition to her, inmates also heard words of encouragement from inmate speaker William McMickle and guest Kendale Lumpkins, an author and a motivational speaker and minister.

“We can finally say this chapter of our lives is almost over,” said McMickle, 48, convicted of cocaine possession and delivery of a controlled substance in Harrison County. “We can say we did it. But remember; it doesn’t end here. There’s a continuous process. We can leave here and go back into the world and attempt to fix our mistakes.”

Lumpkin told the graduating inmates the fact that people had already counted them out should be a motivation for them to succeed.  “Don’t let anybody make you feel less than who you are,” he said.

Thursday’s graduation coincided with the release of a report from the Mississippi PEER Committee staff’s Performance Accountability Office identifying MDOC’s prison programs shown to work. The report, which provides an inventory of MDOC programs, is designed to help leaders know where to best allocate funds to get the best results.

Commissioner Hall said she intends to use the report as a guide as she continues to improve upon how well the department is preparing inmates for release.

“My administration will continue to be pro-active in addressing re-entry concerns,” she said, noting that the department already has made changes in its alcohol and treatment programs.