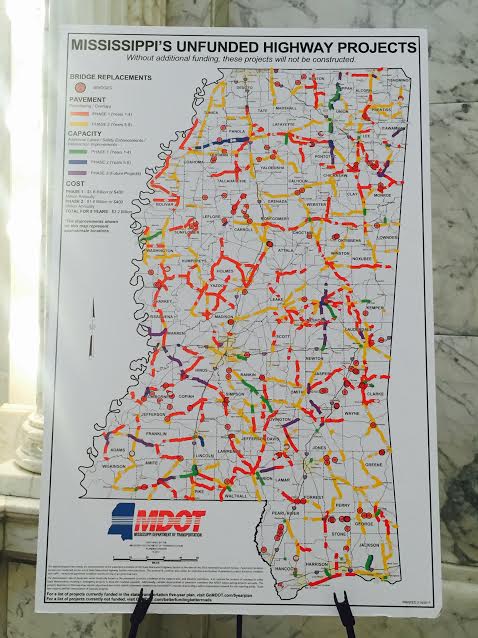 Thursday in the House, a bill regarding Mississippi’s failing roads and bridges was passed by a vote of 109-7.

In a press conference at the Capitol after the vote, the Mississippi Economic Council and members of the House of Representatives discussed the approval of Senate Bill 2939. It proposed an outline for improving the failing infrastructure of deteriorating roads and bridges across the state.

The proposed outlines include:

“I’m proud of the House for once again stepping up to provide a solution to the needs of our roads and bridges in Mississippi,” said Speaker of the House Philip Gunn. “The House has demonstrated it is serious about beginning to address the need this year.”

The bill outlines a package that is estimated to spend between $150 and $175 million on infastructure beginning in July.

Following the press conference Sen. Hob Bryan jumped in with a different opinion.