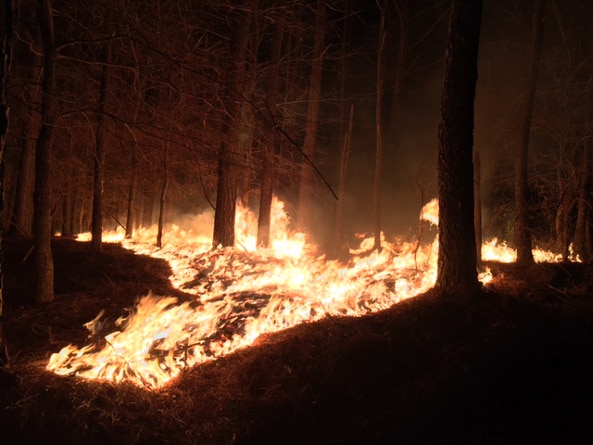 The Mississippi Forestry Commission (MFC) deployed a 20-person crew of Wildland Firefighters to assist state and federal partners with wildfire suppression efforts in Colorado along with one Radio Operator to Colorado and one Ground Support Unit Leader Trainee to Oregon.

“We appreciate our employees taking part in these efforts to help our state and federal partners in Colorado. Fighting the destructive power of wildfire means that our Wildland Firefighters are working in extreme conditions protecting people’s lives, homes, and forestland,” said Charlie Morgan, State Forester. “We are proud of their service and look forward to their safe return home in approximately two weeks.”

The Wildland Firefighters are serving as a Type 2-Initial Attack (IA) crew. Type 2-IA crews serve on the front line of wildland firefighting. The individuals on this team are trained in wildland firefighting tactics and work together to help contain wildfires by constructing a fireline with hand tools. A fireline is a strip of land cleared of flammable vegetation down to the mineral soil, creating a perimeter clear of fuel around the wildfire.

IA crews also burn out fire areas and mop-up after the wildfire has been contained. Due to the mountainous terrain and accessibility issues associated with using heavy equipment to create firelines in many areas out West, hand tools crews are frequently utilized on-the-ground to battle wildfires. While hand tool crews are still used in some parts of the state due to rough or inaccessible terrain, bulldozers and tractor-plow units are the primary tools used by Wildland Firefighters to contain wildfires in Mississippi.

As of August 13, 2018, the MFC currently has 25 people assigned to various wildfire incidents out West.