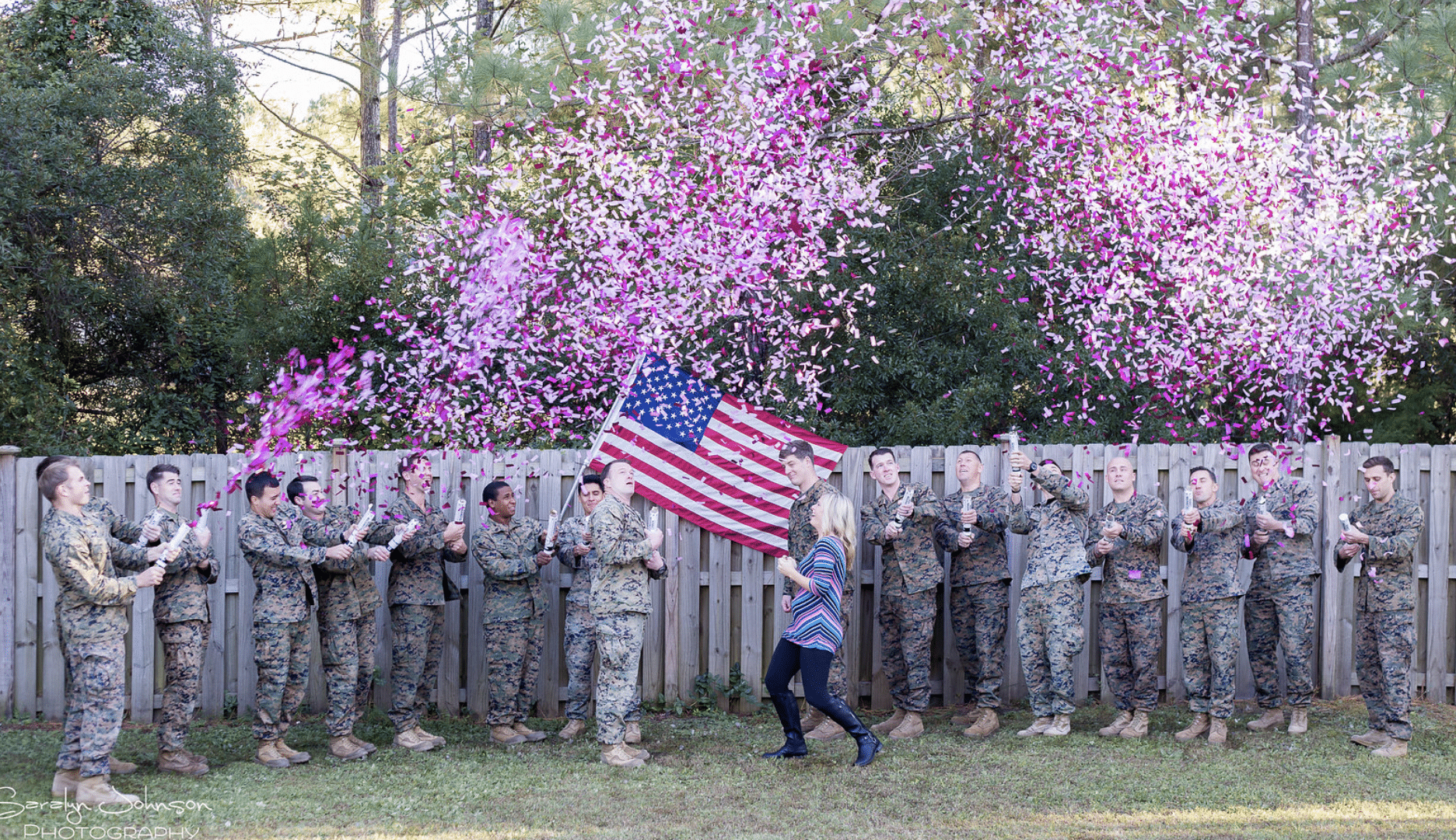 Hospital Corpsman 1st class Ryan Lohrey was one of the 16 military personnel who died on the plane that crashed in the Mississippi Delta on July 10th, but he is leaving behind a legacy that his family will never forget.

“I later found out August 7th, about three and a half weeks later that I was expecting a baby which I am very elated about,” said Cassie Lohrey, Ryans’s wife. “I am very happy and blessed to have a piece of him with me forever. ”

Ryan and Cassie had been married one month when the fatal crash occurred.

Cassie added that she knew she was going to have the gender reveal on Veterans day as soon as she figured out she would be far enough along at that time.

“I figured there wasn’t any better day or better way to reveal the gender to all of us, including myself, it was a surprise to myself, than on veterans day,” said Casssie.

However, it was what she did after learning that she was pregnant that took the internet by storm.

Cassie asked Ryan’s team members to help her reveal the gender of her baby on Veterans day as they were dressed in their military uniforms.

Watch the full video of the gender reveal below:

Cassie is due in March with a baby girl and says she plans to name her Ryan Jo.