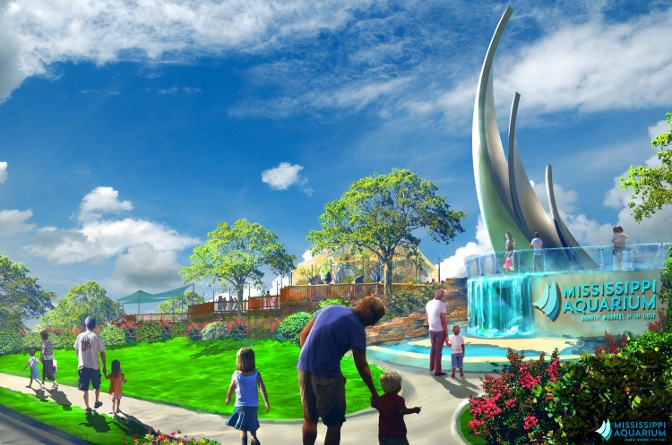 The Mississippi Aquarium is currently being built and plans are already underway for exhibits.

Visitors will get to see animals unique to the Gulf, a bird aviary where people can interact with birds, as well as, dolphins and other marine wildlife.

The first traveling exhibit will be South African Penguins.

However, Kimmel said the focus is not completely on the animals.

The aquarium will be opening in the spring of 2019 and is already expecting major attendance.

“Our average attendance, based on an independent study that we had done, projects that on a normal year, not including the first year that we open, we will have 487,000 visitors annually,” said Kimmel.  “70% of them will be coming from outside of what we call our two hour drive time. So those are the folks that will really provide the biggest boost to the local economy.”

Kimmel said that the new venture will provide a number of jobs and will also help to boost the local economy in Gulfport.

“We are going to be producing a lot of jobs at the aquarium, jobs in the tourism industry and jobs that support the tourism industry,” said Kimmel. “The aquarium does some great things for downtown Gulfport and for the coast at large. Both providing the family friendly venue for people to come explore with their children the wonders of the aquatic world, but also provide that economic boost to the coast as well.”

Dancing with the Real Stars to support Civitan Camp