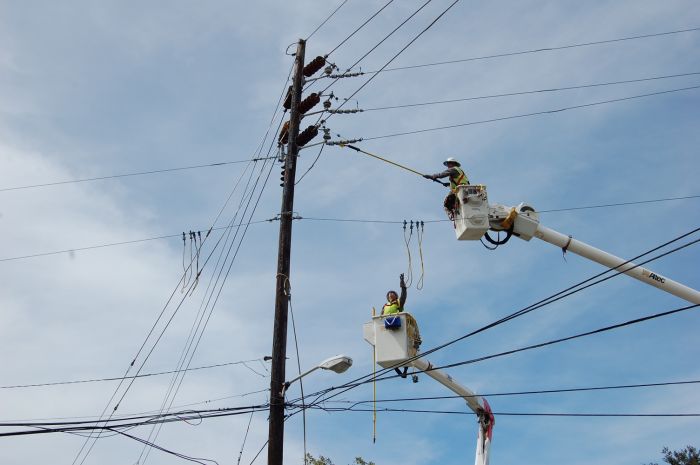 Restoration and recovery efforts continue following the devastation that Hurricane Michael brought to the Florida panhandle, and Mississippi continues to play a vital role.

In response to the storm, several companies and departments mobilized resources and workers to the area as many were without power and communities were torn apart from the storm.

Mississippi Power’s 100-man team was sent to the Panama City area where they have begun to support their sister utility, Gulf Power, in their restoration efforts over the past several days. Engineer and storm team leader Kris Williams said that while they’ve been able to make progress in restoring power to the area, the destruction is wide-spread.

“The damage really is devastating,” he said. “The hurricane pretty much took every pole, every line and laid them on the ground. A lot of businesses and houses have been destroyed from what we’ve seen.”

Along with Mississippi Power, Southern Pine Electric, Entergy Mississippi, the Mississippi Office of Homeland Security, and MEMA have all sent help to the affected areas.