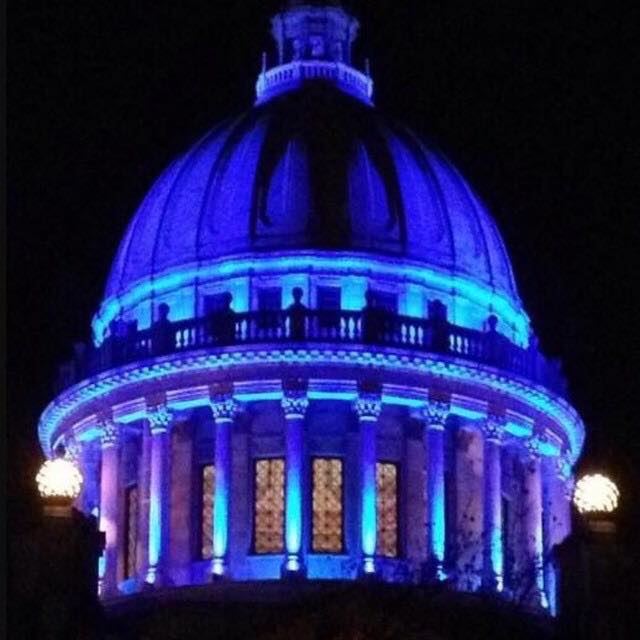 April is celebrated as Autism month and specifically, April 2nd is recognized as World Autism Day. Mississippi is honoring the people in the state who live with autism.

Dr. Jim Moore is the Director of Autism Solutions at Canopy who has been working with Autistic individuals for 25 years and says there is much to be learned about Autism still.

“One of the features of autism is the inability to speak,” said Moore. “What we understand just about that is that most of the time it is not really an inability it is a lack of motivation in the external world that has come a long way. I have never looked at a child and thought they will never speak, but compared to everything that we have learned, what is still left to learn is massive. We still don’t even know what is causing autism. As exciting as things are, what lays before us is even more exciting to see how we can transform lives.”

Another side of the autism conversation is when it comes to teaching those on the autism spectrum. Jennifer Byrd is from Seminary and is the mother of an autistic child, Leah, who attended the Dubard school for language disorders for six years. Leah graduated out and was integrated back into the public school system. However, Leah’s parent’s didn’t want to chance her being able to receive a diploma in the public school system as Jennifer says everything is based on whether you can pass a test.

“Anything you get for your child, for a special needs child, in the public school system you have to fight for,” said Jennifer.

Jennifer and her husband decided to send their daughter to the Tide school in Hattiesburg.

“It was originally set up because people saw a need for these children that integrate back out of Dubard to be carried on to high school,” said Jennifer. “They have another district in Jackson, South New Summit schools. We enrolled her and this is her first year there starting 9th grade. She is thriving.”

Jennifer added that while Leah was able to do well academically in the public school, she had no social life.

“She was so lonely,” said Jennifer. “She had no friends or sleepovers. Now, she’s going to prom Saturday, she’s engaging, she has sleepovers if she’s not at somebodys house then the kids are here. She’s just in a much better environment and we are so happy that she is there. The caveat to that is that it’s $11,000 a year and I drive 500 miles a day two round trips and it’s quite a burden financially.”

Secretary of State Delbert Hosemann has been a longtime advocate for autism and was recently honored by Autism Speaks, the world’s leading autism advocacy and research organization, at the annual Autism Law Summit for his efforts to increase autism awareness and insurance coverage for autism in Mississippi.

Hosemann went on to tout two new ‘Applied Behavior Analysis courses being offered at Holmes Community College and William Carey University, which will offer base-level training on how to help students with autism and other intellectual disorders. HCC is the only school in the country that offers the program online and recently graduated 15 teachers who received scholarships to go back into the classroom after they have learned not only how to deal with autistic children, but with all special needs children.

“You’ve got to remember that autistic children have by and large an above average intellect,” said Hosemann. “They are quite competent and capable of being productive members of society. They are not disabled, we just don’t know how to enable them.”

Special Needs Kids Getting Help from the Hosemanns