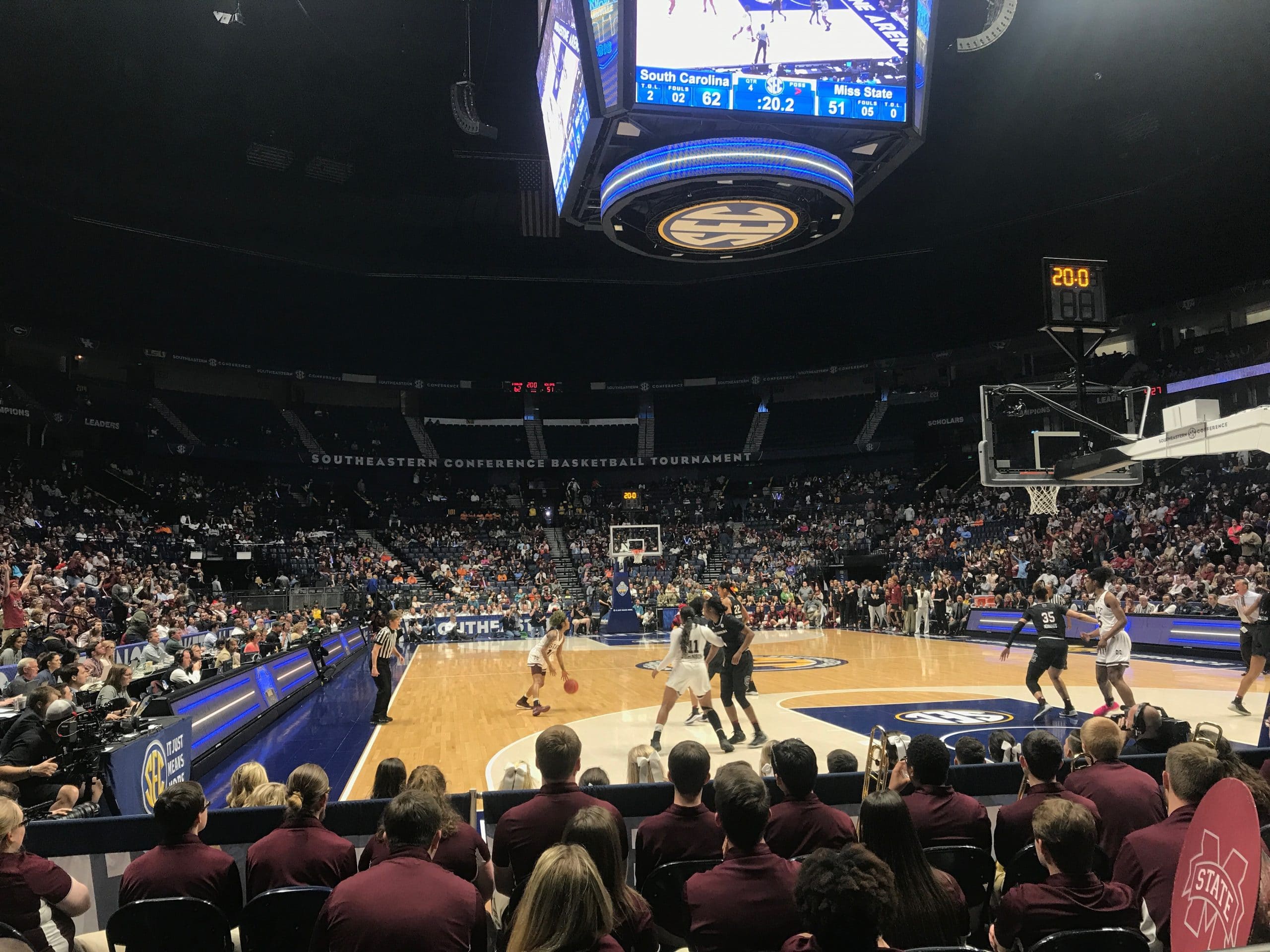 It took 33 games, but Mississippi State’s perfect season is no more.

After cruising through the first two rounds of the SEC tournament against Kentucky and Texas A&M, the Bulldogs faced a familiar foe in the South Carolina Gamecocks. This was the 3rd straight year that the two teams have met in the conference tournament championship game, and the third time wasn’t the charm for the Bulldogs as they fell 61-52.

Trailing by 11 at the half following a 5-point 2nd quarter, the Bulldogs were never able to find their rhythm and play with a lead as they are so accustomed to doing throughout their dominant run. It was a bad time for the MSU shooters to go cold, as they shot just under 16% from beyond the arc. While the shooting percentage wasn’t up to par, head coach Vic Schaefer said that they didn’t make a lot of the simple plays.

“We were out-rebounded by 15. That’s a toughness stat. In the first half, we settled for too many jump shots. They were fairly good looks. In the second half, we played harder, played better. We didn’t have enough today. We missed our fair share of layups. We didn’t make plays we normally make,” Schaefer said after the loss.

The rebounding discrepancy mentioned by Schaefer was a key stat from the loss as USC was able to out-rebound the Bulldogs 38-23. Staying close to the rim, South Carolina was also able to establish themselves in the paint as they outscored MSU 36-23.

The Bulldogs were led in scoring by Victoria Vivians with 17, and just one other Bulldog was able to join her in scoring double digits. The State bench only contributed 10 points in the losing effort. Normally a threat from downtown, Blair Schaefer went 0-5 from three and didn’t score a point the entire game. Despite her own struggles and her team’s first loss, Schafer tweeted that there’s still more basketball to be played.

Thank you FANS for spending your time and money just to come support our team in Nashville. Not the outcome we wanted, but we will regroup and prepare to win the next 6 for y’all. ✊? #NotDoneYet

While the undefeated season may be gone, the Bulldogs must refocus and get ready for the NCAA tournament later this month where they still have a chance to avenge last year’s loss in the championship game to none other than South Carolina.

Mississippi State will most likely be a #1 seed when selection time rolls around.

Growing Fresh in the Community