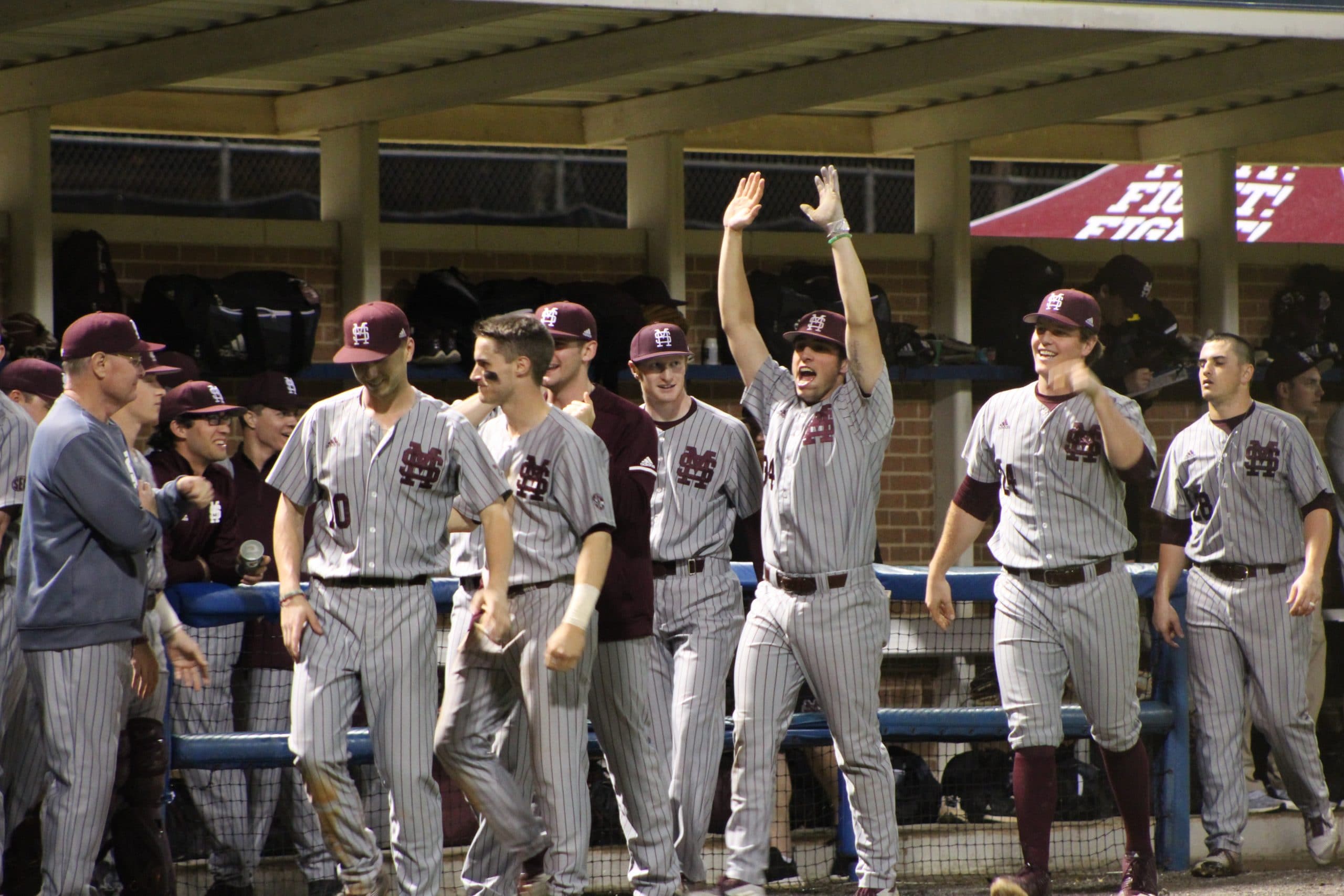 For the first time since 2013, Mississippi State is headed to Omaha after clinching a berth in the College World Series with a 10-6 win over Vanderbilt in a decisive game three of their Super Regional series.

CLEAR YOUR JUNE! MISSISSIPPI STATE IS HEADED BACK TO OMAHA!

For the 10th time in program history, the Diamond Dawgs are going to the College World Series!#OmaDawgs | #HailState? pic.twitter.com/eNcRQtbdeZ

In keeping with the theme of this series, late-inning drama was present once again, and it took 11 innings for MSU to punch their ticket to Omaha. After the first two games of the Super Regional ended with walk-off home runs, game three had a new set of twists and turns and it ended in MSU’s favor.

In the 11th, a lead-off walk issued to Josh Hatcher got things going, and after base hits from Rowdey Jordan and Tanner Allen, Hatcher scored the go-ahead run. The Bulldogs would then load the bases and picked up another run with a walk that scored Jordan. With the bases still loaded, a blooper from Luke Alexander dropped in right field and scored Allen and Hunter Stovall to extend the lead to 10-6.

A rally wasn’t in the cards for Vanderbilt in the bottom of the frame, and this was Mississippi State’s night.

Before this one went to extras, it appeared as if MSU took a commanding late lead. Tied a 3-3 in the top of the 9th, Mississippi State struck for 3 runs to jump out to a 6-3 lead. Alexander drew a leadoff walk, and Dustin Skelton would move him over with a sac-bunt. Jordan Westburg would single but couldn’t drive in the run. When the Bulldogs need someone to come up big, it was fitting that Jake Mangum stepped in the batter’s box. Mangum would line a pitch to right field to give MSU a 4-3, and couple more runs would score before Vandy was able to get out of the inning.

The Commodores bounced back, and with a solo home run from Pat DeMarco and a 2-run shot from Ethan Paul, they tied it at 6-6. While they grabbed the momentum with the big inning, they couldn’t cash in on any of their chances in extras. In the 10th, Vanderbilt was able to get a runner on second base with just one out, but Denver McQuary got MSU out of the jam.

Before the Bulldogs’ big 9th inning, they were able to avoid disaster when the Commodores loaded the bases in the bottom of the 8th. With 2 outs, a high chopper to third base set the play in motion, and Vandy’s Austin Martin ran into MSU’s Justin Foscue and runner’s interference was called to end the inning.

On the mound, six different pitchers stood on the hill for MSU in the winning effort with Jacob Billingsley and Cole Gordon going most of the way. Riley Self gave the up the costly runs in the 9th, but his offense picked up him up in a big way in extras.

For Mississippi State, they lost their head coach after the first weekend of the season, they were near the bottom of the SEC for a portion of the year, they were on the brink of elimination in the regional and they lost a 3-run lead late in tonight’s winner-take-all matchup, but they never stopped battling, and now, they’re headed to the College World Series.

“The fan base stuck with us, teammates all stuck together, we never gave up,” and emotional Mangum told ESPN after the game.

The College World Series begins on Saturday, and Mississippi State will face Washington in Omaha.