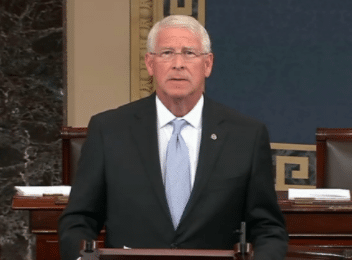 Senator Roger Wicker says Mississippi and its universities could change the future of drone technology.

A recent partnership between the Department of Homeland Security and the UAS, unmanned aircraft systems, otherwise known as drones.

DHS said they have plans to use the drones to help U.S. Border Patrol agents with their monitoring, detection, and search-and-rescue operations.

The island and the space center have miles of restricted airspace available to them and DHS will use it so that it does not encroach on privacy or jeopardize anyone’s safety.

Mississippi State University and the University of Southern Miss are also working to further drone technology.

“Two years ago, the Federal Aviation Administration chose Mississippi State as its national Center of Excellence for Unmanned Aircraft Systems,” said Senator Roger Wicker. “The Center of Excellence is tasked with researching the safe use of unmanned aircraft and helping develop policies that would promote a seamless integration of these drones into U.S. airspace.”

Wicker added that DHS testing of the drone systems in Mississippi will expand on the task of targeting possible uses of drones for national security, border control, and disaster response.

The University of Southern Mississippi is also earning a reputation for its work with undersea gliders.

Gliders have been used for collecting data on hypoxia in the waters of the Gulf of Mexico.

Wicker added that unmanned systems are at the crossroads of so many diverse fields that strong partnerships are crucial to maximizing their potential.

“Mississippians have repeatedly demonstrated an ability to collaborate across local, state, and federal levels,” said Wicker. “Likewise, our universities have been eager to engage in research and training with real-world applications.  Because of these collective efforts, the future of unmanned systems – on land and under the sea – has already arrived in our state.”