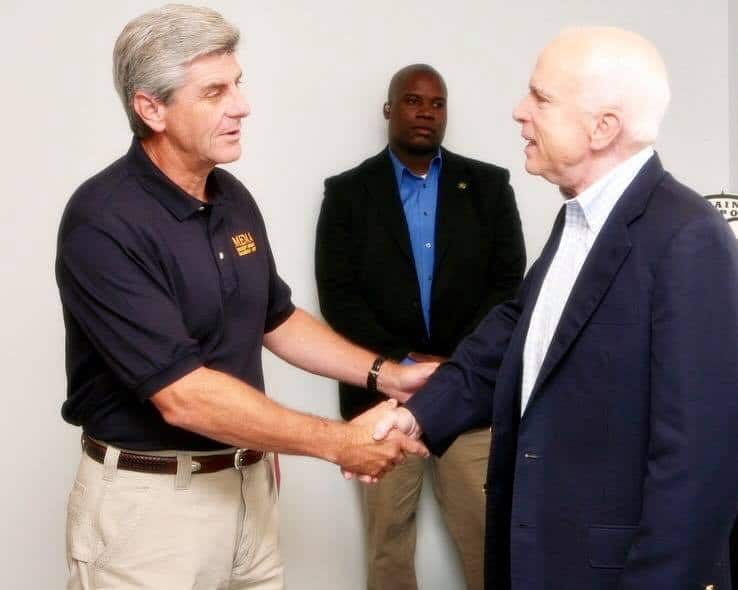 McCain died after he was diagnosed with brain cancer in July of 2017. A statement from his family said that he chose to stop medical treatments in his last hours. Ceremonies in his home state of Arizona and Washington, D.C. will honor McCain this week as people across the country remember the war veteran, and politician.

McCain will lie in state at the Arizona State Capitol on Wednesday, Aug. 29th, what would have been his 82nd birthday. A private ceremony will be held between two public viewings, where people can pay their respects and honor his life. On Thursday, the senator will be moved to North Phoenix Baptist Church for a memorial service celebrating his life and legacy. On Friday, the late senator will lie in state at the United States Capitol. A formal ceremony will take place around 10 a.m. honoring his life and service to the nation. On Saturday, a memorial service will be held at the National Cathedral in Washington and on Sunday, he will be laid to rest during a private memorial and burial service that will take place at the US Naval Academy in Annapolis, Maryland.

Sen. McCain’s daughter Meghan, posted a statement online, saying that she hoped to live up to her father’s legacy.

Mississippians took to social media to offer their thoughts, prayers, and memories of McCain.

“John McCain will be remembered as a faithful public servant, a war hero, and a man whose dedication to our country inspired America,” said U.S. Senator Cindy Hyde-Smith. “May the Lord bring comfort to the McCain family during this trying time. Mike and I ask you to join us in lifting them up in prayer. ”

John McCain devoted his life to a cause greater than himself – his country. Gayle and I send our heartfelt condolences and prayers to Cindy and the McCain family. pic.twitter.com/dt9yTUlTux

Alan Alda to speak at MSU