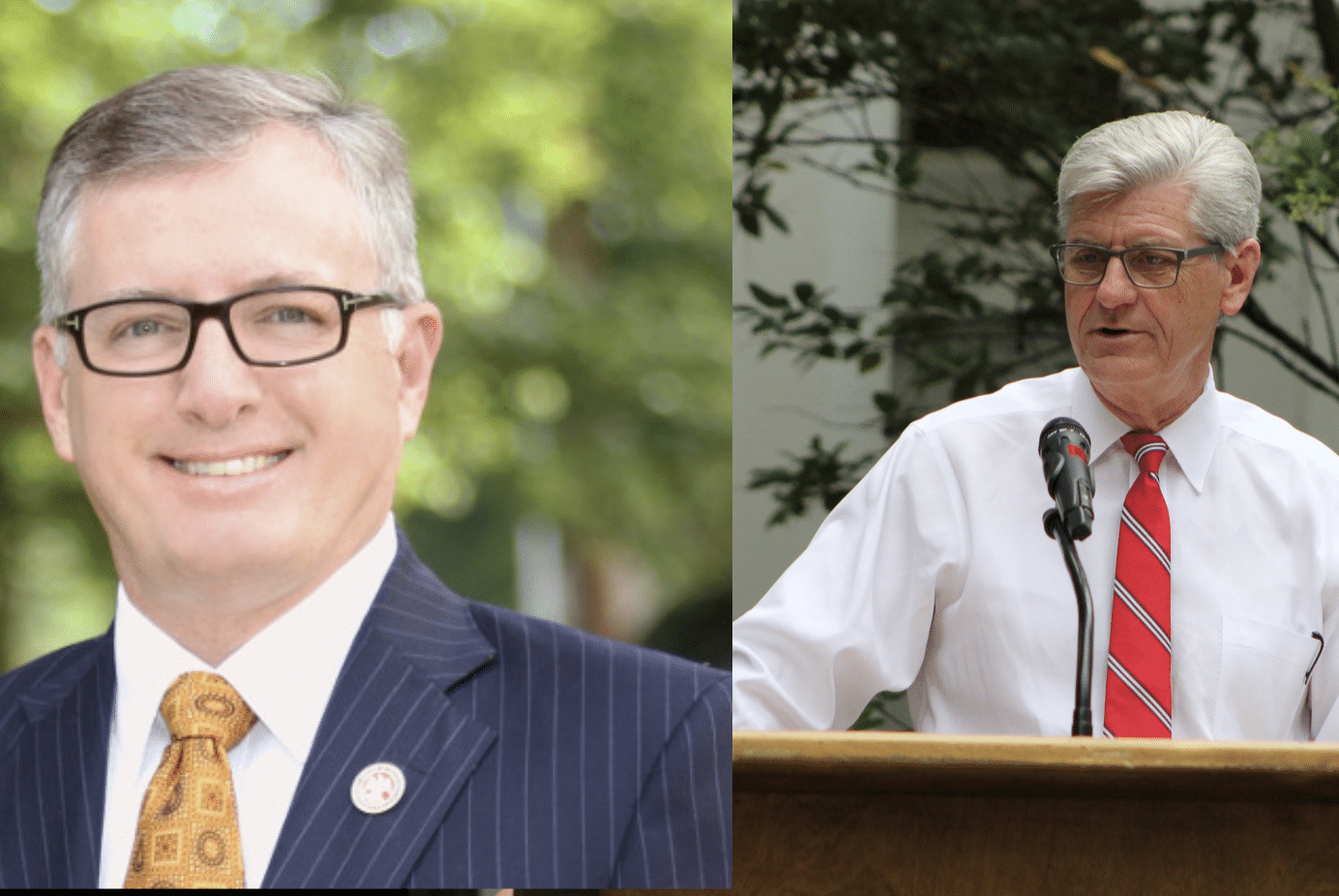 Last night Governor Phil Bryant delivered his State of the State Address to the people of Mississippi. Shortly after it concluded, Rep. Jay Hughes followed with the democratic response to the speech. While the Governor spoke of progress and achievement in Mississippi, Hughes’ statements painted a different picture.

“The state of the state is ‘Same Old, Same Old’. I love my Mississippi, but the simple facts are that we’re still: Last in education; last in mental health & healthcare access; first in poverty, and first in the brain drain of our young graduates. If we’re number one in problems, then we ought to be number one in solutions,” Hughes said. “Unfortunately, the policies that impact our quality of life have merely gone unchanged and underfunded.”

The Democratic response focused on six areas including education, job creation, workers leaving the state, education of the workforce, mental health and the tax shift.

During the State of the State, the Governor touted the state’s unemployment rate which currently sits at the lowest in the state’s history at 4.8%, but Hughes and chairman of the Mississippi Democratic Party, Bobby Moak says that doesn’t accurately reflect what’s going on. Moak says that the number stems from those no longer looking for jobs, leaving the workforce and people leaving the state. Moak claims that the job creation that is taking place, isn’t enough.

“Mississippi has a low unemployment rate for this point, but it’s only a point in time. We’re seeing new jobs come in when we welcome 30 jobs here and 100 jobs there and announce a very large industry coming in, but overall the economy isn’t growing,” Moak said. “We don’t have the job growth.”

Continental Tire recently announced a $1.45 billion investment in Mississippi which will create 2,500 jobs and Milwaukee Tool’s expansion will bring 660 jobs to the state.

“Sure, the Mississippi unemployment rate is the lowest in years – but so is the rest of the country.  The real problem is that OUR Unemployment rate is still one of the highest in the nation, and even worse for our 20-24 year olds @ 14.3 percent – which is why we are losing them to Atlanta and Nashville,” Hughes claimed.

Another area the party’s response focused on was education. Governor Bryant called for an expansion of school choice across the state and while he said there is work to be done, that the state of education is improving. Hughes thinks that consistency from district to district needs to ironed out.

The simple reality is that there’s absolutely no equality with the type of school buildings, classroom supplies or technology from one district to the next. This division has continued to keep Mississippi in last place,” Hughes said. “Every single school should have at least the exact same basic resources for the children. Not one school district having new computers and robotics machines . . . . .and the school district next door having calculators and popsicle sticks.”

The response also mentioned the over-testing of students and claimed that the use of private dollars has brought that on.

An area that the respective parties echo is the need for conversations that bring both sides to the table for the betterment of the state. During his address, the Governor called for just that.

“Each year I have asked you to set aside your political agendas and focus only on what would be best for Mississippi — understanding that we may have different paths to a better tomorrow, but remaining hopeful that we can at least agree on the direction and destination for our state.

This year the plea to work together will be no different.  However, I do have a renewed faith in the outcome.  I have seen the results of our mutual efforts and know they far surpass the perceived and temporary gain of political posturing,” Bryant said.

Moak responded by saying that those conversations must start at the top.

“I applaud the Governor for that but leadership must begin out the Governor’s office, and yes there are issues that we can work together on if the door is open,” Moak said. “I think that’s what people in Mississippi want us to do. Forget the bickering, that’s not helping us at all. Sit down and tell us how you’re going to create jobs, how the breadwinner will find a new job if they lose theirs, how a child will find a job after high school or college. That’s what the people want to see the legislature address and those are the kinds of issues that democrats and republicans should work on together for the betterment of the state.”

Moak mentioned healthcare, infrastructure and several other issues as areas where lawmakers need to find common ground in order to help Mississippians.

Infrastructure has already been a hot-button issue during this year’s session, and it will likely continue to be. Hughes said that by stopping the tax shift and returning 18.5% of sales tax in Mississippi to the counties for roads and bridges would be a potential solution.

Bryant says that he is encouraged by what he has seen when everyone can work together.

“I have witnessed two world-class museums open in the Capital City.  I have seen dramatic improvements in Mississippi’s public education system.  I have worked with you to turn our state into a leader in health care and economic development.  When we press forward together, we can, and have, achieved greatness.

If Mississippi is to make the permanent leap from good to great, we must all have a dedication to achievement.  We must inform our people that self-destructive behavior is contagious and can cause an entire state to struggle.  They must know that individual responsibility will guarantee better outcomes for each of them and collective success for all of us,” Bryant explained.

Hughes’ remarks also went into the struggle to combat mental health in the state, and the lack of an educated workforce. The Secretary of State’s office recently completed a survey of nearly 2,000 business owners stating that as their primary concern.

Moak concluded by saying that it’s up to Governor Bryant to “whip the legislature in line” to address the “real issues” facing Mississippi families.

Watch the full democratic response below:

Reactions to the Governor’s State of the State