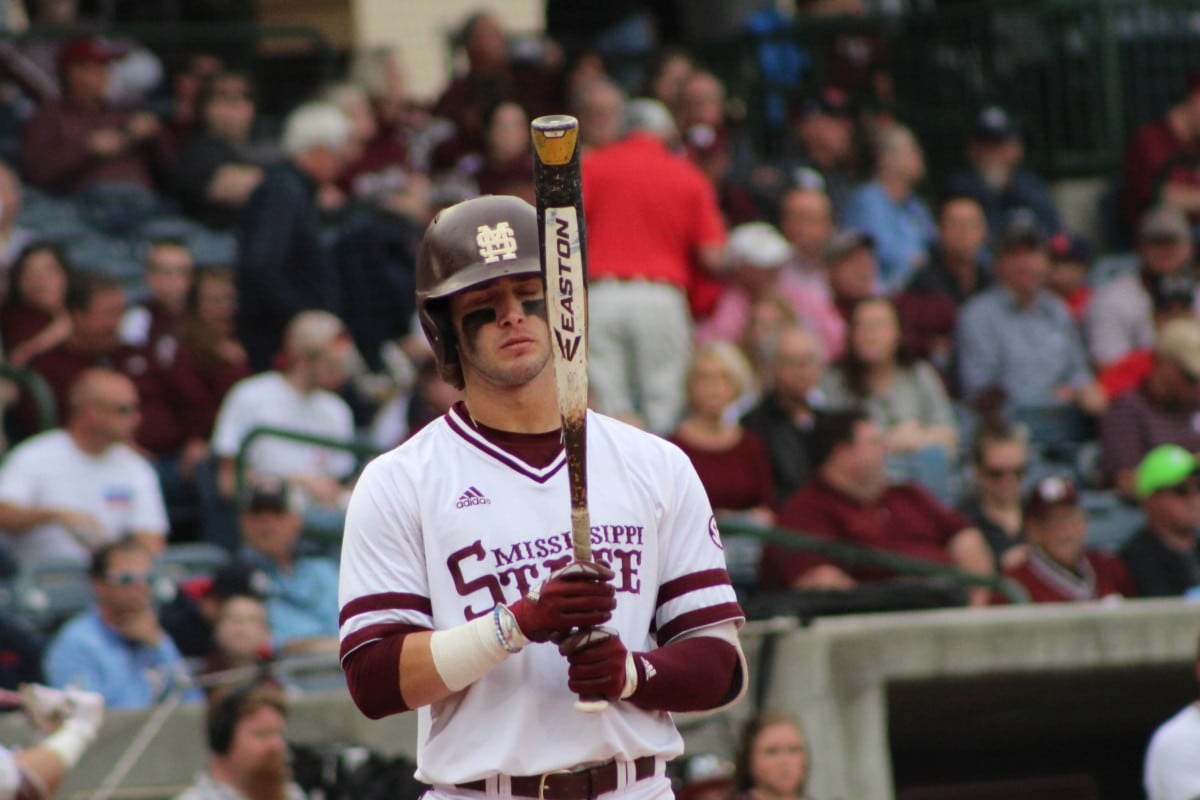 After Mississippi State won game one of the Nashville Super Regional in dramatic, walk-off fashion, last night, it was Vanderbilt’s turn.

Tied at 3-3 in the bottom of the 9th, one swing from J.J. Bleday changed that in an instant and the best-of-3 series is now knotted at 1-1, with a winner-take-all matchup this afternoon.

While game one of the series was a high scoring affair, it was much more difficult for either squad to get runs across on Saturday night. Mississippi State struck first with a 2-run 2nd inning thanks to a 2-RBI base hit from Jake Mangum.

The Commodores would then cut the Bulldog lead in half with a Stephen Scott RBI single in the bottom of the 3rd. With 2 outs, Vandy was able to put runners at second and third, but MSU’s Konnor Pilkington was able to strike out Philip Clark to end the threat.

After the clutch strikeout to hold their lead, MSU would add to it in the top of 4th. Jordan Westerburg doubled and scored Luke Alexander, who opened the frame with a single. MSU would take a 3-1, but it would be their final run of the game.

Pilkington would get pulled in the middle of the 6th, and Keegan James entered from the bullpen with a runner on base. After a fielder’s choice, Pat Demarco became the base runner and eventually scored on a base hit from Ty Duvall. James was taken out and Zach Neff came in to shut the door on Vanderbilt.

It was a quiet 7th inning for both teams with MSU still leading 3-2, but the Commodores weren’t done yet. Harrison Ray tripled, and Ethan Paul followed that up with an RBI single to tie the game at 3-3.

The Bulldogs went down in order in the top of the 9th, setting up Bleday’s heroics in the bottom of the 9th for Vandy.

Tied at 1-1, the series will end tonight with one team moving on to the College World Series in Omaha, and the other’s season will end. For Mississippi State, they were counted out early in the season, but they’ve battled back all year long. For Vanderbilt, a mid-season skid seemingly seized all hope, but a resurgent second half put them in this position. Neither team has any doubt that they can fight through the adversity of a decisive game three, so this should be a matchup that you won’t want to miss.

First pitch is set for 5 p.m. at Hawkins Field.