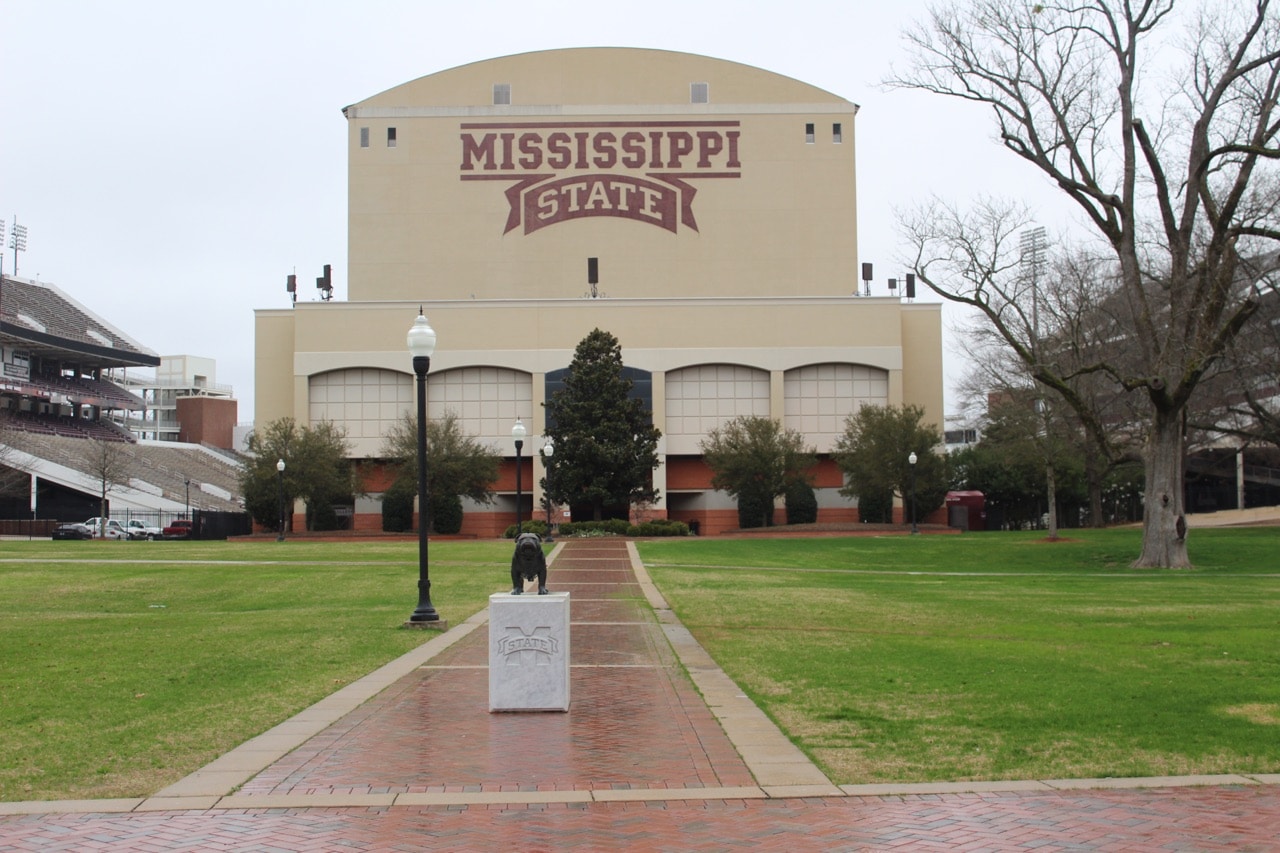 If Saturday was any indication, the beginning of the Joe Moorhead in Starkville has Bulldog fans energized and ready for the upcoming season.

The Bulldogs finished up their spring practice session with their annual spring game and took the field at Davis-Wade Stadium in front of 36,789 fans, a spring game record for MSU.

While this was the first chance to see Moorhead’s new system on the field, there was one caveat to the game. Starting quarterback, Nick Fitzgerald did not play as he continues to rehab the ankle injury which he suffered in the Egg Bowl on Thanksgiving night. Filling in for Fitzgerald, was Keytaon Thompson, who played for both the Maroon and White teams. The bulk of Thompson’s work came with the Maroon team as he went 19-31 for 254 yards and added 1 TD with 2 INTs. With the White team, the sophomore went 7-13 for 62 yards.

Thompson filled in for Fitzgerlad for the remainder of the Egg Bowl, and during the Bulldog’s bowl victory, and now throughout the spring. This has given him a chance to run with the ones and earn valuable reps to give the Bulldogs a steady backup plan at QB.

Finding the end zone 3 times was sophomore RB Kylin Hill, who finished with 99 total yards in Saturday’s spring game. While Aeris Williams is returning for 2018, Hill could push for more carries and provide what Moorhead referenced as a “1-2 punch.” On the outside, redshirt freshman Austin Williams proved to be Thompson’s favorite target on the day as he caught 5 passes for 86 yards, and he was on the receiving end of Thompson’s TD pass.

On the defensive side of the ball, senior DE Montez Sweat picked up right where he left off in 2017. After leading the SEC with 10.5 sacks a year ago, Sweat was able to get the QB twice on Saturday. Sweat and DE Jeffrey Simmons are both coming off being named first-team All-SEC performers and have a chance to build on that success in 2018.

Spring games are not typically a gauge for a team’s success in the upcoming season, but especially working with a new head coach and system, execution is key. The offense was able to break a few big plays including a 51-yard touchdown run, and the defense was able to get to the QB and cause disruptive plays while also forcing the two turnovers. Moorhead says that the back-and-forth from Saturday is indicative of the spring.

“It was a recurring theme throughout the spring that the defense did a good job of getting it turned over, and the offense has to protect it better. Offensively, like we did today, we want to create a bunch of explosive plays. It’s kind of that give and take, where you’re happy that one side is doing it, and wish the other side was doing it better,” Moorhead said after the game.

Spring ball is over for MSU and Moorhead noted that it’s up to the players to continue to progress as they enter what he called “phase three” after conditioning and spring ball.

“The coaches aren’t able to be around as much, and the best teams I’ve been around, the motivation is intrinsic. They’re player driven teams, not coach drive. We selected our captains and we’re passing the team over to them,” Moorhead said.

Moorhead stepped onto the field for the first time as a head coach in the SEC and he said that while he had heard about the cowbells, and the tradition around an MSU football Saturday, he was glad to be in the middle of it all.

“This is the thing coaches dream about, being a head coach in the SEC. I took it all in, and I really appreciate it and I’m humbled by the experience,” Moorhead said.

As is the case with many teams across the country, Moorhead says that MSU progressed in the spring, but there’s still room to grow.

“We are coming out on a daily basis and giving great effort, and we were executing and improving every day,” Moorhead said. “I think we have done that. I think there was another kind of snapshot of our spring today. There was great effort. There were a bunch of good things, but a million things to clean up moving forward, which is to be expected.”

The Maroon squad “won” the game 28-10. The Bulldogs will have summer workouts on the horizon and they’ll report to camp in August.