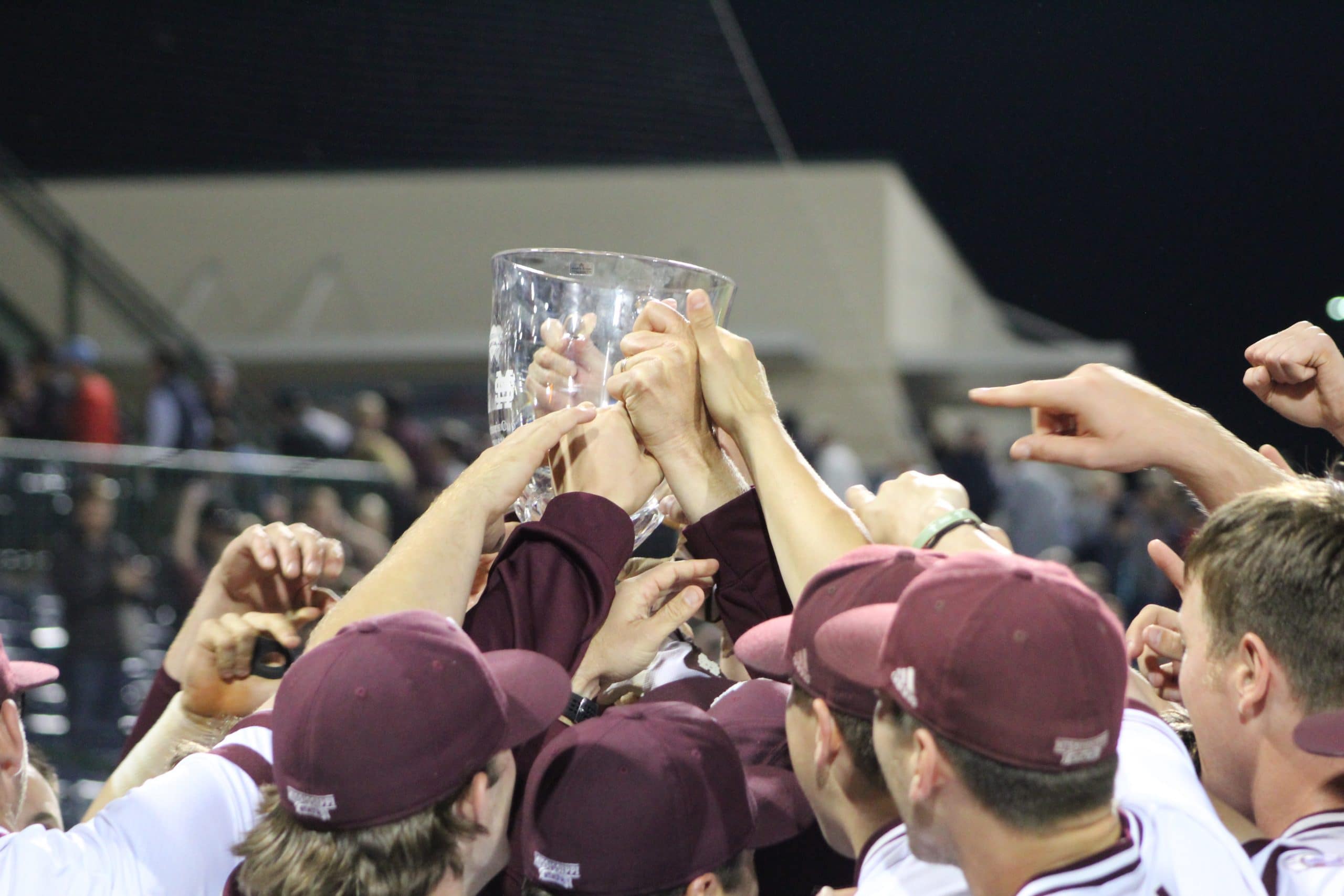 The Governor’s Cup is on the line in Pearl tonight with Ole Miss and Mississippi State meeting at Trustmark Park at 6 p.m.

The Bulldogs have won the past three matchups in the neutral-site series, but both teams come into tonight’s game looking to shake off tough weekends after MSU was swept by Arkansas and Ole Miss dropped two of three to Auburn.

The matchup will bring two of the top offenses in the SEC together as MSU leads the conference with a .301 team batting average and Ole Miss is second with a .291 team average.

The Bulldogs are led by senior Jake Mangum, who is batting .383 on the season and has reached base in 37 of the Bulldogs’ 41 games.

For Ole Miss, Grae Kessinger leads the SEC in hits, RBI, batting average, total bases and slugging percentage during conference play, and he has reached base in 29 straight games.

Although both teams are in the SEC, the Governor’s Cup matchup is always a non-conference game.

Tonight’s game will be the 40th matchup in the Governor’s Cup series, which was originally called the “Mayor’s Trophy” game. The name of the series changed in 2007, and since then, MSU has won 8 of the last 12.

Last year’s game ended with a 7-6 final in favor of MSU after a Luke Alexander walk-off base hit in the bottom of the 9th inning.

Ole Miss is the “home team” in tonight’s edition of the game.

*Rankings are according to D1baseball.com.

Secretary of State gives back $312K to 38 counties