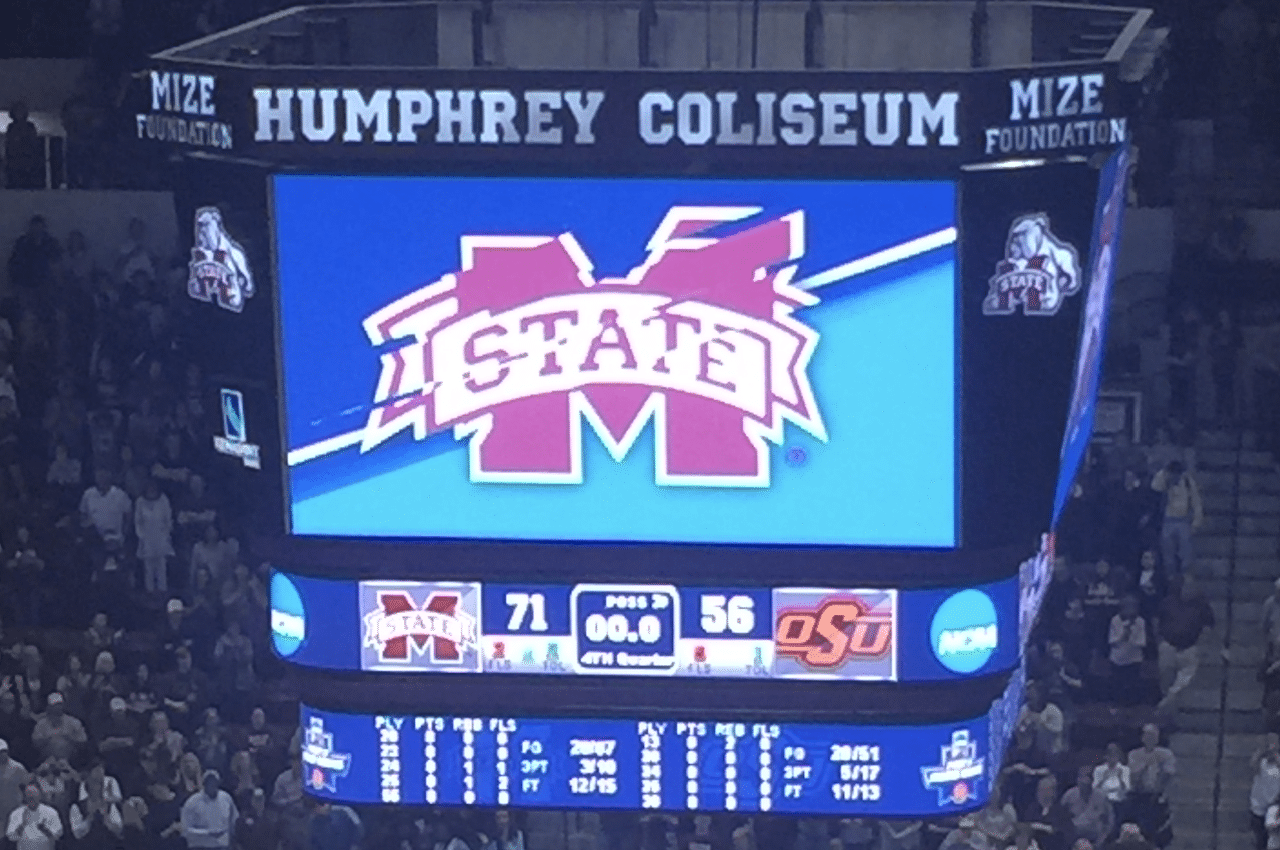 The Mississippi State women are on to the Sweet 16.

While it wasn’t a blowout like their first-round matchup with Nicholls State, The MSU women were able to move past the Oklahoma State Cowgirls 71-56. The Bulldogs trailed after the first quarter 20-16, but they were able to regroup and grab a 35-34 lead at the half, and the Bulldogs locked down on defense in the second half.

The Bulldogs stifled the Cowgirls and held them to just 11 points in each of the final two quarters, outscoring them 36-22 in the second half. The game did remain tight, but the Bulldogs never relinquished their lead after pulling ahead 41-39 midway through the 3rd quarter. After the slow start, head coach Vic Schaefer was proud of how his team responded.

“Our kids just continued to compete,” MSU head coach Vic Schaefer said. “We started rough again. We were struggling on both ends in the first quarter. Heck of a game. Can’t say enough about our four seniors. To perform that well on that stage is a great performance.”

The key to Mississippi State’s victory was the performance by Tearia McCowan. The Junior center finished with 21 points and 18 rebounds, including 8 offensive rebounds. This led to MSU out-rebounding OSU 41-31.  Getting second chances can deflate a defense which is what McCowan gave MSU the ability to do as the game progressed.

McCowan wasn’t the only one who left her mark on this game, as Victoria Vivians once again led the team in scoring with 23 points, and Morgan William added 17 points.

“Teaira showed her value to this basketball program,” Schaefer said. “Morgan did a great job of controlling the game. We wanted to run and we didn’t want them to run. Oklahoma State had two fast-break points.”

This was the final game that MSU will play in Starkville this season, and nearly 10,000 fans were in attendance to send the seniors and the Bulldogs off to their next stop in the tournament. MSU will face the #4 seed, NC State, in the Sweet 16 on Friday. During the regular season, NC State lost all three of their matchups against top-5 teams.

Kansas City will now be the host city for MSU as they attempt to move on in the tournament, and tip-off is set for 6:00 p.m.