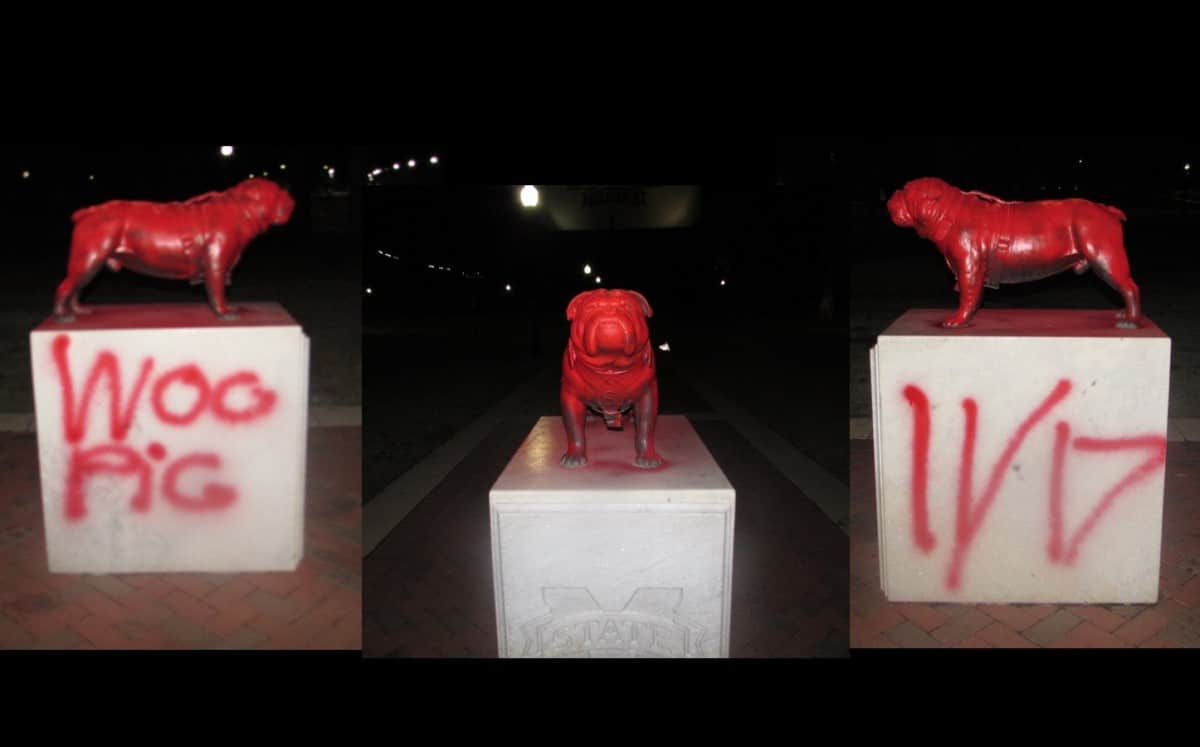 Information from his cell phone led officers to issue a warrant for 25 year-old Timothy Yeldell’s arrest. Yeldell, of Fayetteville, Arkansas, turned himself in last week.

Both are charged with felony malicious mischief and their bond was set at $5,000.

Mississippi State University’s bully statue in the junction was vandalized sometime between 8:00 p.m. on Friday, September 7th and 5:00 a.m. on Saturday, September 8th.

The MSU Police Department is asking you to contact them at 662-325-2121 or email them at info@police.msstate.edu if you have any information on who did this.

The Chief Communications Officer at MSU, Sid Salter, said unfortunately this type of vandalism happens every two to three years and it’s hard to catch when it happens in the middle of the night.

He said the damage was repaired and they are moving forward and looking forward to the home game this weekend.

No arrests have been made and the investigation is still ongoing.

Congressman Guest to serve on Homeland and Foreign Affairs Committees