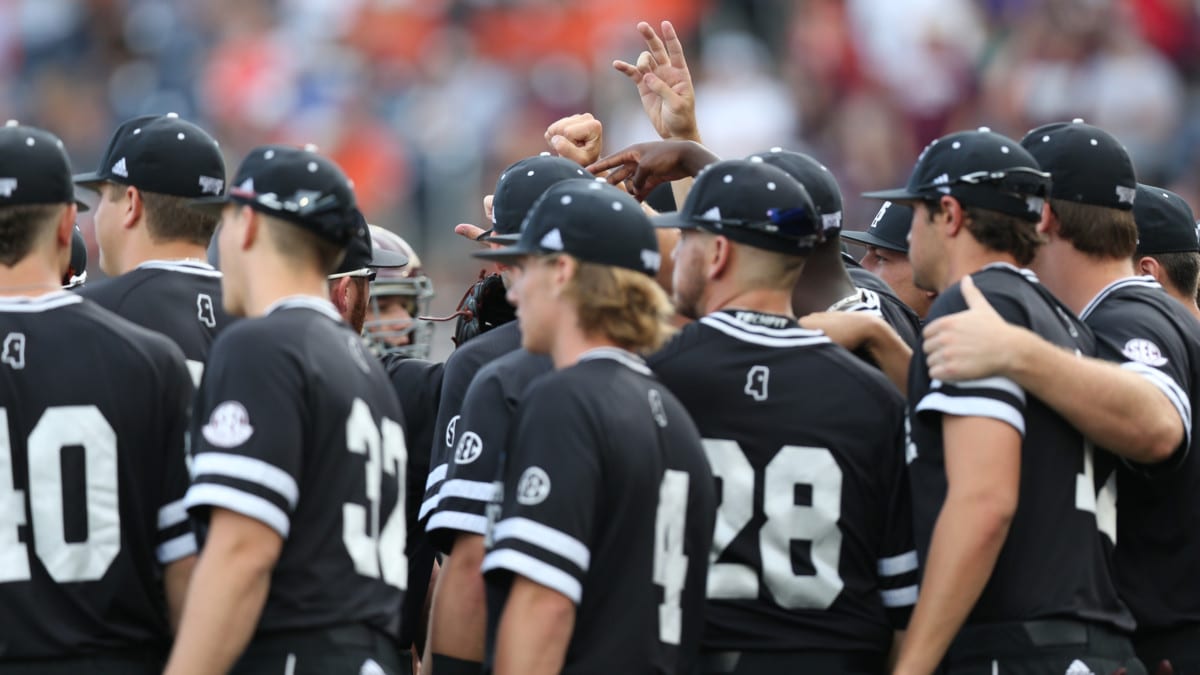 A season full of ups and downs for Mississippi State came to an end last night after the Bulldogs fell to Oregon State by a 5-2 final in Omaha. Following a win over UNC on Tuesday, MSU needed just one win over OSU on either Friday or Saturday, but with two straight losses, the Bulldogs’ remarkable run ends.

As for last night’s game, a 3-run home run from OSU’s Tyler Malone was a momentum killer as part of a 5-run 3rd inning. Mississippi State would pick up one run in the bottom of the inning with a Rowdey Jordan RBI single. They would threaten in the 6th inning with runners on 2nd and 3rd, but a line drive turned into a double play to end the inning.

In the ninth, the Bulldogs were down to their final strike and would respond once again. Elijah MacNamee and Justin Foscue drew walks and Luke Alexander drove in a run with a base hit. Pinch-hitter Tanner Poole took one for the team and the inning kept on, but just for one more batter. A grounder to short ended a season that no one saw coming.

“They learned it’s a higher education,” interim head coach Gary Henderson explained. “We’re in college, and they learned that from the most humble, most brutal beginnings, you can turn something into an overwhelmingly positive experience. And that’s what we’ve done. We didn’t get to the final two. We got to the final four. And I couldn’t be more proud to be a part of Mississippi State baseball.”

Henderson has over 25 years of experience coaching college baseball, but he was never the man that Bulldog fans saw leading the way for their team this year.

It takes a special group to rebound after losing a coach to open a season, but the Bulldogs rallied following Andy Cannizaro’s resignation, even though it would take a while for things to click. At 14-15 overall and 2-7 in the SEC in late March, there weren’t many that would’ve guessed this MSU squad was destined for the College World Series. Henderson recalled a conversation that he had with assistant Jake Gautreau, and their belief in this team.

Henderson was right. After taking down top teams like Ole Miss, Arkansas, and eventually sweeping #1 Florida to end the regular season, it was clear that this team was for real.

The regional rolled around and after a 20-10 loss to Oklahoma, MSU was down to their final out against FSU the next day. A walk-off from MacNamee kept the season alive. The Bulldogs would rattle off three straight wins with their backs against the wall to advance to a Super-Regional against Vanderbilt; a series full of drama. Game one ended with another MacNamee walk-off, game two was a walk-off win for Vandy, and game three was an 11-inning marathon won by the Bulldogs to punch their ticket to Omaha.

Somewhere in between, the rally banana became a national phenomenon, and MSU began to look like a team that was ready to win the whole thing. After a 1-0 win over Washington, the rally banana got to work against UNC when Jordan Westburg, the creator of the good luck charm, had 7 RBIs in a 12-2 win.

Against OSU, State just couldn’t break through at the plate, and the Beaver offense proved to be too much for a pitching staff that had been previously flawless in Omaha.

So, at 39-29 the 2018 season for Mississippi State concludes, but this season will be forever remembered by Bulldog fans as an improbable run that proves that a team can truly overcome any circumstance.