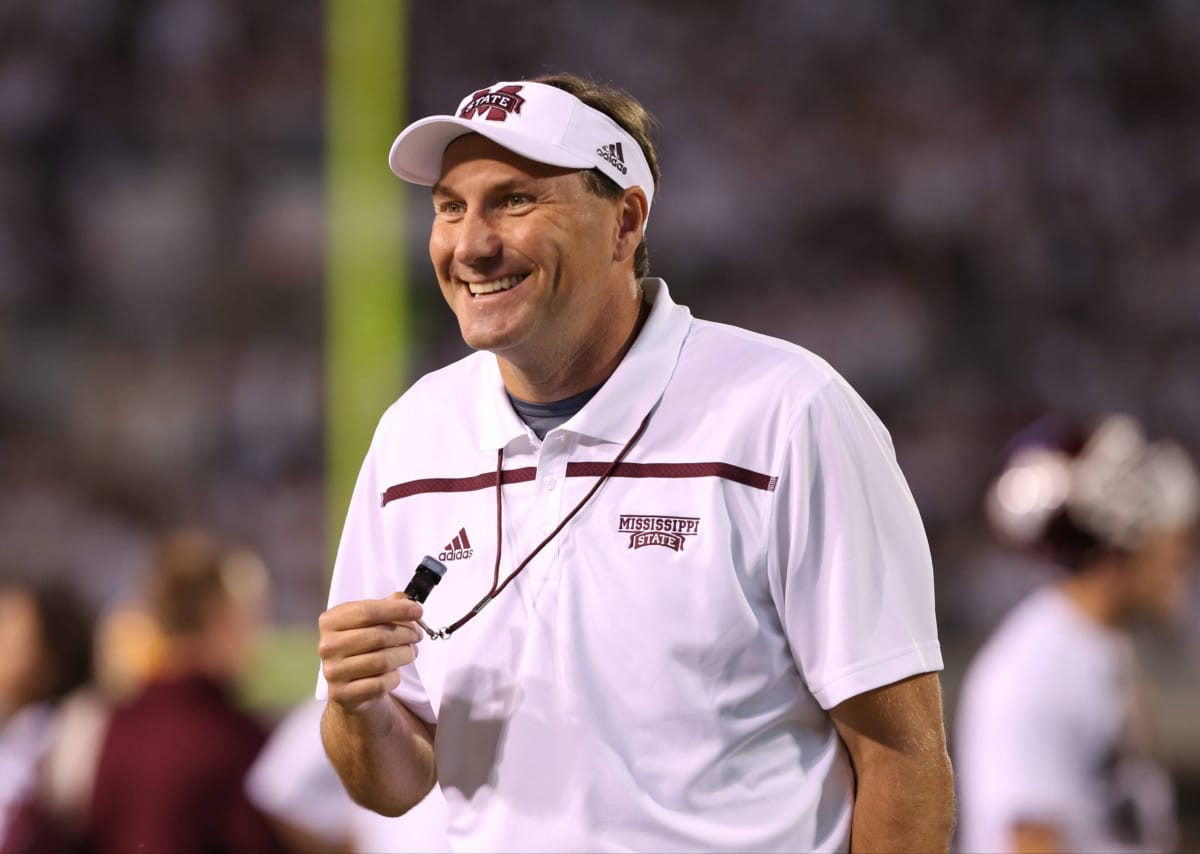 Dan Mullen spent nine years on the Mississippi State sideline, and this Saturday, he’ll return to Davis Wade Stadium as the head coach of the Florida Gators.

Mullen left the Mississippi State football program in a better place than he found it, but his exit didn’t sit well with Bulldog fans. Mullen left Starkville as the 2nd winningest coach in MSU history and helped them reach a #1 ranking during the 2014 season, but his departure was a messy finale to his time in Mississippi. After the success at MSU, Mullen was asked if he thinks he’ll be cheered when he walks onto the field this weekend.

“What do you think?”, Mullen rhetorically asked.

The Gator head coach went on to say that while he may hear mostly boos when he arrives, he thinks most of the MSU community has a positive recollection of his time there.

“When I think of the fans, former players, and the people of the town of Starkville, I think for the most part they are appreciative of what we were able to accomplish in the nine years we were here,” Mullen said. “Now, I don’t know that’ll be shown on Saturday night.”

Joe Moorhead was brought in to replace Mullen as the leader at Mississippi State. While the new head coach knows that there is an overarching storyline to this game, he wants to do everything he can to minimize its effect on the outcome.

“The game is going to be played on the field between the white lines between 11 Mississippi State players and 11 Florida players,” Moorhead said. “That’s how it’s going to be. I don’t think you can discount the emotional part of it, but you have to manage that. People use different things for motivation, and that’s not for me to tell them what to use for their individual motivation. I know it’s not going to have a bearing or factor in the outcome of the game once the ball gets kicked off.”

As for the game itself, Mississippi State must correct their offensive woes from last week’s loss to Kentucky if they want to pick up their first SEC win of 2018.

In the first three weeks of the season, MSU averaged nearly 590 total yards per game and 50 points per game. In week four against Kentucky, they scored just 7 points and barely eclipsed 200 yards. The ground game was shut down, and without the threat of the run, Nick Fitzgerald never got comfortable throwing the ball; completing just 50% of his passes.

Last week, the Florida defense forced six turnovers in their win over Tennessee. MSU must protect the football and wait for the right chance to strike on Saturday night. They may be able to take advantage of an overly aggressive Florida defense with double moves in their aerial attack. On the ground, if UF goes to strip the ball rather than wrapping up, all of MSU’s running backs are strong enough to fight through arm tackles.

Defensively, MSU never found an answer to UK RB Benny Snell last week. The senior rushed for 165 yards and 4 TDs in the win, but the MSU defensive front is hoping for a bounce-back performance. Florida’s offense hasn’t been particularly explosive this season, but they have shown balance. Averaging 189 yards on the ground and 198 in the air, they haven’t asked too much of QB Faleipe Franks. If the Bulldogs’ defensive unit can shut down the rushing attack and force Franks to beat them, they’ll likely find success.

Kick off from Davis Wade Stadium is set for 5 p.m. on Saturday. The Junction will be packed ahead of time with the arrival of SEC Nation beginning at 9 a.m.