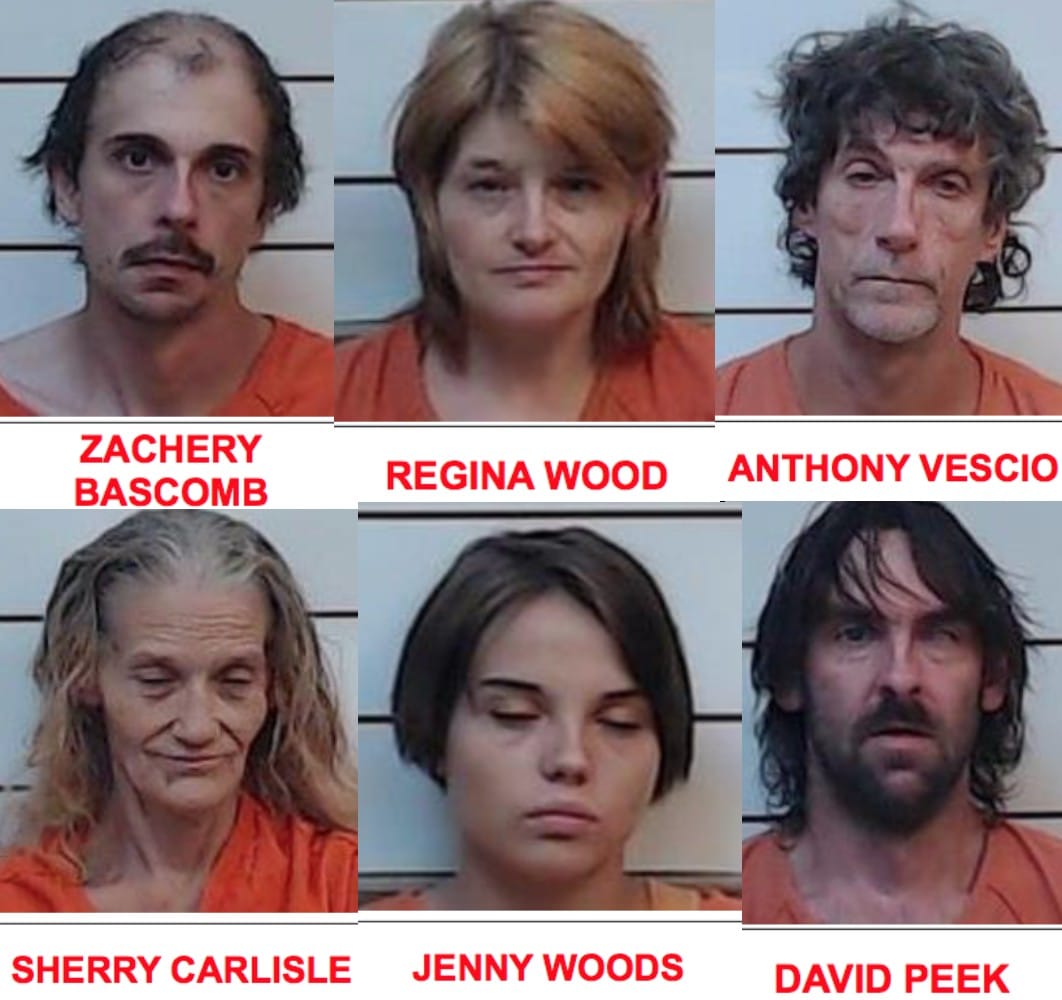 Last week the Tishomingo County Sheriff’s Office responded to the North Mississippi Medical Center in Iuka in response to a fifteen year-old female juvenile who had allegedly ingested narcotics.

Deputies then followed up to the residence where the 15 year-old female was previously at, on CR 278 and HWY 25 in the Iuka area. They encountered several different individuals at the residence who appeared to have been participating in smoking and shooting up alleged methamphetamine.

Several different types of paraphernalia were located throughout the residence, including items that are used in the weighing and packaging of the alleged methamphetamine.

Tishomingo County deputies and narcotics investigators transported six people from the residence to the Tishomingo County Jail. They were all charged with felony possession of a controlled substance (methamphetamine) and child endangerment. Each bond was set at $5,000 for both charges.