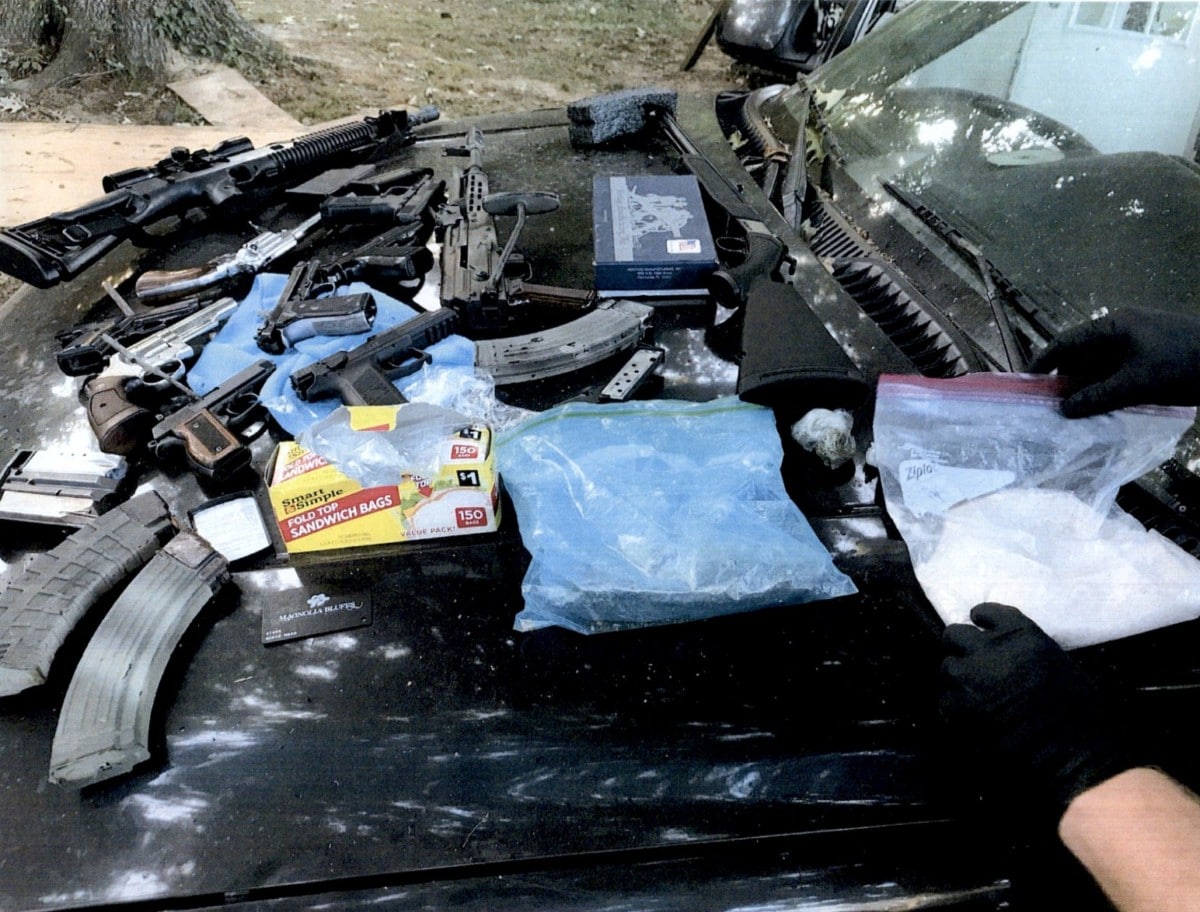 Early Saturday morning a narcotics search warrant was executed at 3544 Stampley Rd by the Jefferson County Sheriff’s Office, Mississippi Bureau of Narcotics, and Adams County Sheriff’s Office Special Operations Group. Boris Ward, was inside the trailer at the time the search warrant was executed and then arrested on two counts of Sale of Sch II Drug (methamphetamine).

Ward is a convicted felon and is not allowed to be in possession of any weapons. Alcohol Tobacco and Firearms has asked officers to submit the reports and will present the case to the United States Attorney’s Office for prosecution.

This has been a joint investigation between all three agencies in an attempt to dismantle Ward’s drug distribution network in Adams and Jefferson Counties.

“We hope that additional charges will be brought against additional people that were involved in this distribution network. We know people from several counties have been going to Ward’s residence and purchasing methamphetamine and trading stolen property. This just shows how agencies working together can make an impact in the entire Miss Lou region,” said Sheriff Patten and Sheriff Walker.