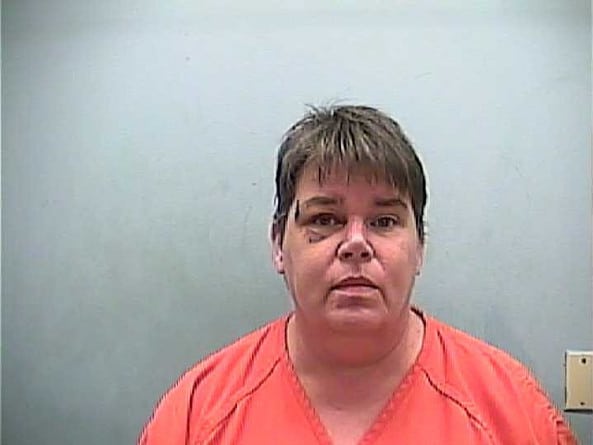 A Natchez woman was arrested this morning after Adams County deputies recovered surveillance footage of a burglary in process at a car dealership.

The suspect was identified as 49-year-old Jean O’Quinn.

The Adams County Sheriff’s Office said the deputies were familiar with O’Quinn from previous arrests.

O’Quinn was just sentenced on September 6th to 15 years for burglary of a dwelling, 10 years for
grand larceny, and 5 years for possession of a stolen vehicle. Each of the sentences were to run concurrently.

O’Quinn was released on Post Release Supervision on September 7th, however, she now finds herself back in jail after deputies found two identification cards and debit cards belonging to other individuals, as well as, an undisclosed amount of cash.