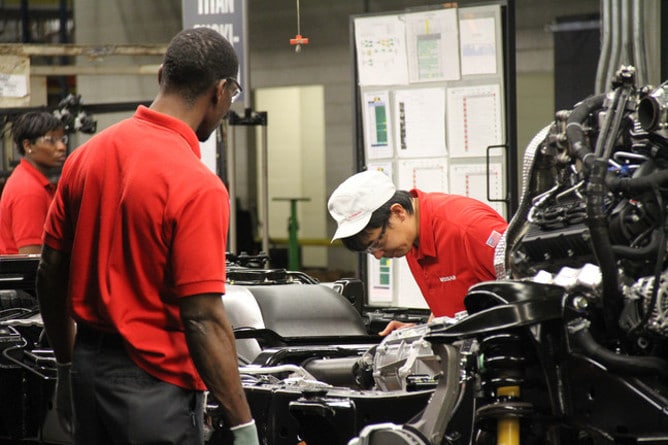 Nissan employees are set to vote on whether or not the Canton Plant will be unionized.

Some people are wondering what the Union has to offer.

“When you look at any list that the Union has said that there are problems at Nissan, there really aren’t any problems,” said Jay Moon, President and CEO of the Mississippi Manufacturers Association. “What they simply say is that they can get better benefits or they can get higher wages, but they can’t promise that and that’s something that they can’t tell any employee at Nissan that they’re going to be able to do.”

Adrian Quesnot, a Tool and Die Technician at the Canton Nissan Plant, who has done extensive research into the UAW said he thinks there is something unusual going on with the UAW.

“They’ve had $100,000 within the last few years, going to the General Missionary Baptist state convention, $91,900 that went to One Voice here in Jackson,” said Quesnot. “In 2016 you had $192,000 that was sent to the Ridgeland suites, in Ridgeland. In and of itself, there’s nothing illegal about that, but you start seeing that if they are spending that much money at a hotel, then that tells you that they are bringing this many people from out of state, out of town to show a force against Nissan. It’s not even your local community or your employees that’s that big of a force, it’s the force that they’re paying to bring in.”

Nissan Employees will begin the voting process Thursday and it will continue until Friday evening.

“That will be tabulated by the National Labor Relations Board and then they will make a determination as to whether a sufficient number of employees who were eligible to vote, voted for or against the Union,” said Moon.

Moon added that there have been celebrities and many other people coming from outside of the state leading up to the vote.

Jay Timmons, President and CEO of the National Manufacturers Association said that if the vote were to go through, Nissan employees will see an uncertain future.

“The decision that the employees have to make is that they have to decide whether they want to vote for an entity that will change their relationship with their employers at Nissan,” said Timmons.