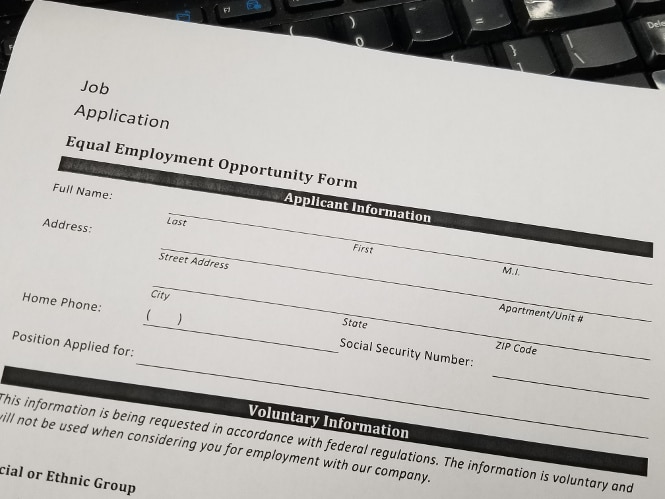 Mississippi is seeing unemployment numbers lower than they have been in decades and Mark Henry with the Department of Employment Security said that while Mississippi has 38,645 jobs available, he believes there are currently more jobs than there are Mississippians looking for them.

Henry said individuals not looking for jobs include full-time students, stay at home parents, and people on disability. He added that sometimes the people have just become discouraged in their job search and have dropped out of the labor market, meaning that they are no longer in the labor force. However, Henry said those numbers are looking to change.

“In the past several months, after a period of long decline, we have seen the number of people in the labor force begin to rise,” Henry said. “I think that is because people who had become discouraged, who had given up looking for work, are seeing that there are a lot of jobs out there, they are seeing that wages are beginning to rise, and they have decided that now would be a good time to look for a job again.”

Governor Phil Bryant said that during May, Mississippi’s unemployment rate was at 4.7% which is up slightly from previous months, but he said he isn’t worried about the slight increase. The national unemployment rate in May was 3.8%.

“We’ve got to get people to work because we have grown,” said Governor Phil Bryant. “We’ve had over 2,400 jobs created just since December due to economic development efforts and we’ve got to fill those.”

Henry said he believes the best thing the state can do to move Mississippi’s workforce forward is to provide training for the “in demand” jobs.

However, Dr. Mimmo Parisi, a professor and Executive Director of the National Strategic Planning & Analysis Research Center at Mississippi State University said that while preparing people for the workforce is needed, leaders need to look beyond and be forward thinkers in terms of where the state’s workforce will be in 15-20 years time.

“When you are in an economy where you have more jobs than are being applied for, then there would two more things you have to do,” Parisi said. “Once this capital has been built, then you have to connect them in a way that is smart and efficient and we have done very well with that… But the third part that I think we should probably place more emphasis on is to re-invent our engagement with the business community.”

Parisi said that in the past, engagement with the business community has been about understanding what skills were needed for a trained workforce, now, he said companies need to communicate to the state their hiring process (how many people they will hire) two-three years down the road. This would allow for more sustainment of the workforce.

“If we don’t do that, we are going to have the typical revolving door, high turnover rates, and so again more jobs available than people can apply for,” Parisi said. “It is very important to prepare people, no question about it, but unless you also include connecting and sustaining, it will be very hard to get that unemployment rate down to 2%.”

Parisi added that his thought process is a new paradigm which requires institutional change.

“If we continue to produce something that cannot find a market out there, all of a sudden it becomes not valuable,” Parisi said. “So, we have to do these other two things. It requires a different approach to the workforce.”

While Mississippi’s employment numbers have been steadily decreasing over the past few months along with the majority of the U.S., Parisi said he knows of no other state that is looking to change the dynamics and culture of their relationships with the business industry as their workforce continues to evolve.

With more and more people changing their careers every two-three years Parisi said the state has to figure out a way to connect the workforce to another job in “real time” and not have them waiting around looking for a job for six months at a time.

Parisi added that Mississippi can start leading the way and said that this could give Mississippians the edge to say to the next big company, ‘if you come we are going to fill those jobs for the long run.’

“With all of these opportunities, I believe that we can commit for more jobs if we can connect people with the jobs,” Parisi said. “When people say, we don’t have the workforce, I understand that. But, it’s not that we don’t have the workforce, We do.  However, we are not efficient enough to connect these people to jobs at the speed that the industry would like us to do that. They can’t afford to wait six months they need it now.”