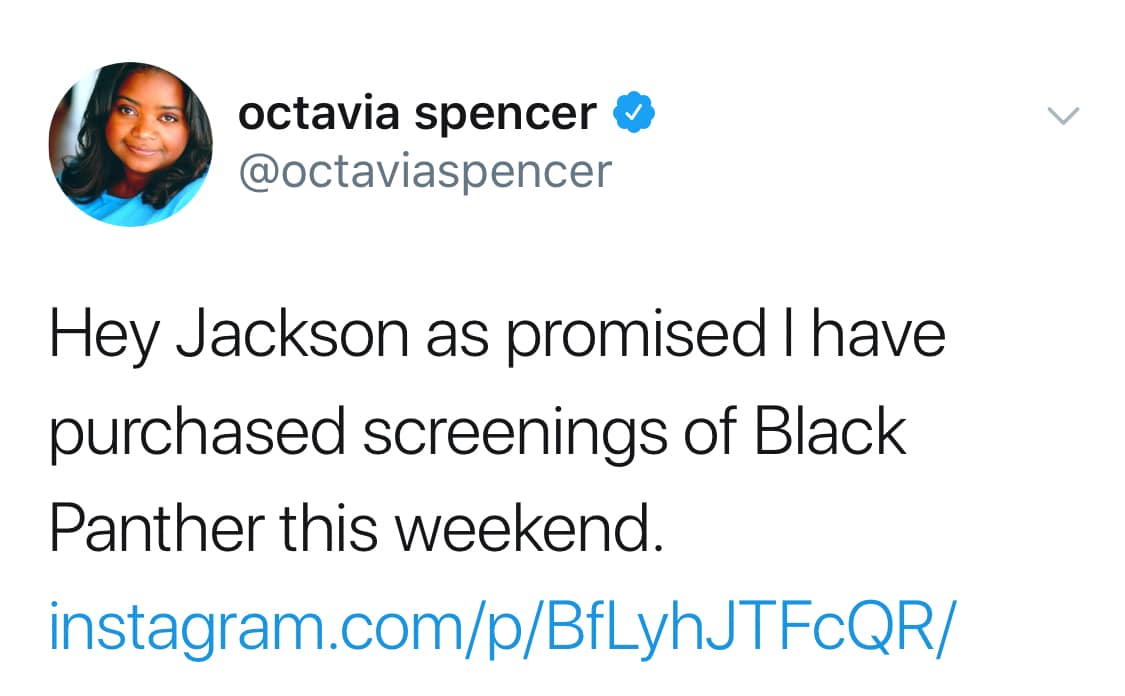 Octavia Spencer is making sure that Mississippians will be able to see Marvel’s latest movie, Black Panther.

The actress who is known for her roles in Hidden Figures and The Help just announced on social media that she has bought out a movie theatre in Pearl for three screenings of Black Panther on Saturday, February 17th so that people who normally wouldn’t be able to, can have a chance to see the film.

Hey Jackson as promised I have purchased screenings of Black Panther this weekend. https://t.co/fm16N12BS3

“I will be in MS when this movie opens, I think I will buy out a theatre in an underserved community there to ensure that all our brown children can see themselves as a superhero,” said Octavia Spencer in her original social media post announcing her plans.

I will be in MS when this movie opens. I think I will buy out a theatre in an underserved… https://t.co/HADNFv8FZR

Spencer said that people attending one of the three screenings of the movie will also receive a small popcorn and drink.

A Day Spa, a Theatre, and a Museum on The Metro