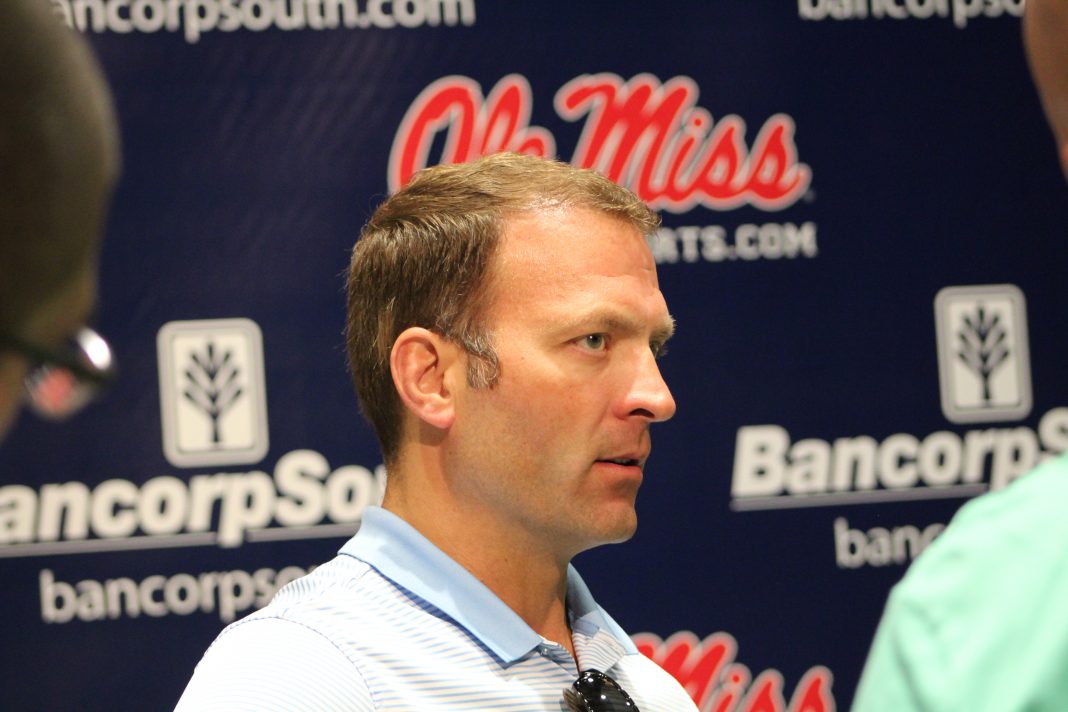 Ole Miss Athletic Director Ross Bjork is on his way out of town.

Following reports that Bjork was leaving Ole Miss to become the new Athletic Director at Texas A&M, both he and the university issued statements confirming the move.

Statements on the change in leadership for our athletics department… pic.twitter.com/s2KJW3KI7T

Bjork had been at Ole Miss since 2012, and the university says that under his leadership, the athletics budget has risen from $57 to $113 million in the past five years. While in Oxford, Bjork oversaw the construction of the Pavilion, the expansion/renovation of Vaught-Hemingway Stadium and improvements to several other athletic facilities on campus.

While Ole Miss has seen success under Bjork such as a Sugar Bowl win, an appearance in the College World Series, and a recent return to the NCAA Tournament, his tenure will also be synonymous with the NCAA’s lengthy investigation into the football program that led to crippling sanctions being placed on the team.

Ole Miss is now forced to begin a search for a new Athletic Director in the absence of a permanent Chancellor. An interim AD will be named in the coming days, according to SportsTalk Mississippi’s Richard Cross.

Sources close to the Ole Miss athletics department tell me that a permanent AD will not be hired until a new chancellor is in place. Interim AD expected to be announced in next few days by Interim Chancellor Larry Sparks.

“I had people close to the athletics department tell me that Larry Sparks, the interim Chancellor, will not make the permanent AD hire and that he feels like that would not be the prudent thing to do,” Cross said this morning.

Bjork succeeded a retiring Pete Boone in 2012, and in College Station, he’ll replace Scott Woodward who recently departed for LSU.

This story will be updated as more information becomes available.