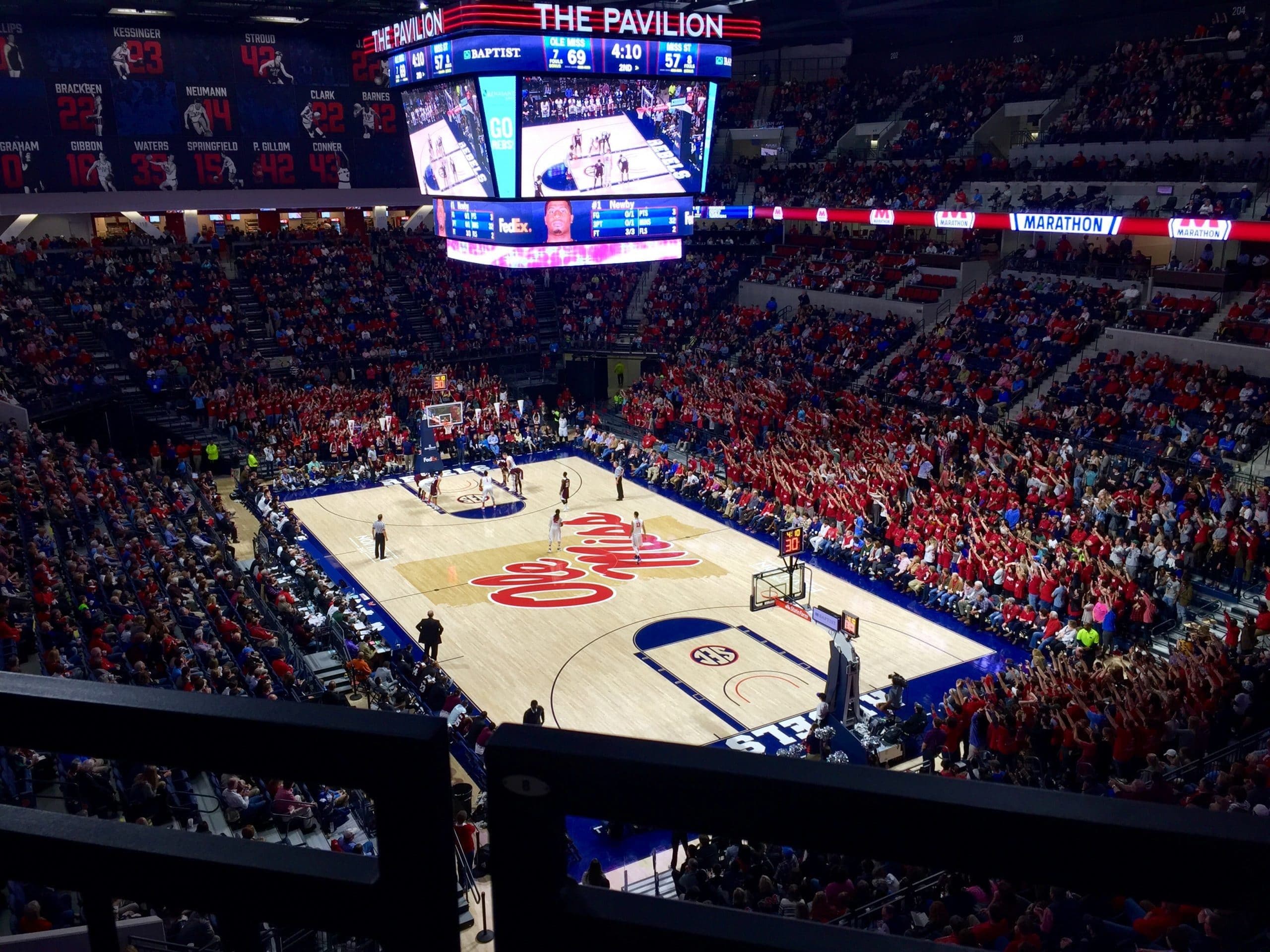 Yesterday, reports surfaced that Ole Miss was set to hire Middle Tennessee’s Kermit Davis as Andy Kennedy’s replacement. Today, they have made it official.

Davis has served as the head coach of the Blue Raiders since 2002 and has led MTU to the NCAA Tournament three times. During the 2016 tournament, MTU shocked the college basketball landscape when they upset the #2 seed Michigan State.

Middle Tennessee also won three C-USA regular season titles since joining the conference, including this season’s title. Davis’ squad was on the bubble for this year’s NCAA tournament, but a first-round upset in their conference tournament left them on the outside looking in.

In an official statement from the University, the Leaksville, Mississippi native expressed his desire to build a winning program in his home state.

“I’m incredibly honored and excited to be the basketball coach at the University of Mississippi,” said Davis. “We are extremely grateful to Chancellor Vitter and Ross for giving me the opportunity to lead such a prestigious program in the best basketball league in America. Coming back to my home state of Mississippi to build a national brand is absolutely a dream come true for us. I am Mississippi Made and cannot wait to join the rest of the Ole Miss family.”

Ole Miss is aiming to bounce back from a 12-20 season that players, fans and coaches didn’t see coming. The season included a 7-game losing streak, nine double-digit losses, and they went without a win over a top-25 team. In the press conference announcing his resignation, Kennedy said that he regretted that he couldn’t take Ole Miss to the next level, and now Athletic Director Ross Bjork hopes that Davis can be the one to do it.

“Combining his brand of play and his proven ability to build a model basketball program, Coach Davis has established himself as a leader and winner in college basketball. Over the last several weeks, we consistently heard that other coaches `never want to play his team,’ and his record confirms that. Coach Davis also possesses a great sense of purpose for his program and does it the right way off the court. During the process, Coach Davis’ energy, drive, and vision for our program was unmatched, and we can’t wait to welcome him and his family back to the great state of Mississippi and into the Ole Miss family.”

When you’re calling around to find a new coach for @OleMissMBB pic.twitter.com/MoCBAlg64d

Before accepting the head coaching job at Middle Tennessee, Davis and two stints at Idaho, and short stay at Texas A&M, and served as an assistant at LSU. Davis found success at Idaho, taking the Vandals to two NCAA tournaments, but his time at A&M ended with controversy. NCAA sanctions were levied against the program after a rules violation regarding the transfer of a player from Syracuse and Davis left after one season.

Davis was able to get back on his feet after his time in College Station and become a consistent winner at the mid-major level, which Bjork and the Rebels hope translates into success in the SEC. An eight-time conference coach of the year, Davis is 34th among active Division I head coaches with 403 career wins. The Rebels last appearance in the NCAA tournament came in the 2014-15 season, and the Rebels advanced to the NIT quarterfinals in 2016-17.

Davis wasn’t just born in Mississippi, he also played at Mississippi State for two years from 1980-82. His father, Kermit Davis Sr., also coached the Bulldogs from 1971-77.

Davis will be formally introduced at the Pavilion on Monday, March 19th.