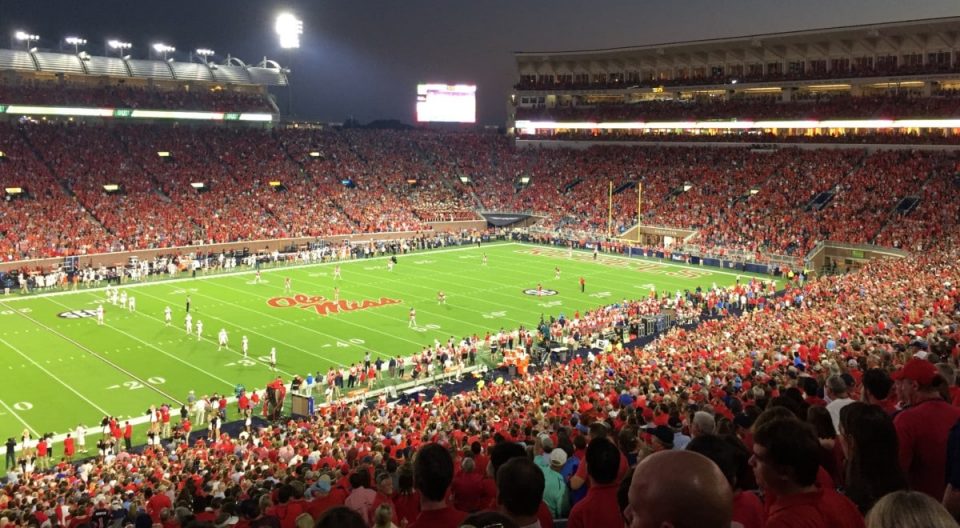 The Rebels are one step closer to putting the NCAA investigation in their rear-view mirror.

Ole Miss has wrapped up their final stage of the appeal process with the NCAA as they prepare to potentially play the 2018 season under a bowl ban just as they did in 2017.

Ron Rychlak, the University’s Faculty Athletics Representative, confirmed that he, along with Chancellor Jeffrey Vitter, AD Ross Bjork and other members of the University’s council, attended the appeal hearing with the NCAA in Indianapolis on Wednesday.

Following the nearly three-hour hearing, Rychlak stated that he believes they presented a strong case to the four-person panel. Although he was unable to give specifics on the argument, he said that their case was based on precedents set in the past.

“The fundamental basis of the case was looking at penalties that had been assessed in what we thought might be similar cases that were not as severe as the sanctions that were imposed upon us,” he stated.

The NCAA’s Committee on Infractions issued the initial decision, but the appeal was presented to a different panel.

The bowl ban was handed down back in December along with other penalties as a result of the ongoing investigation into the Ole Miss Football program which resulted in 21 allegations. After the bowl ban was announced, the University quickly stated that they would “vigorously appeal” the decision, and entered the appeal shortly after.

“It is simply not warranted and is based on fundamental flaws in the NCAA case and how the investigation was conducted. We will vigorously appeal the additional postseason ban. It is clearly an excessive punishment, and we are outraged at the unfair characterization of our football program and the university culture involving athletics.” Vitter said at the time.

Also included in the University’s case is an appeal of a limit on unofficial recruiting visits. Rychlak stated that the panel could take anywhere between 1-3 months to make their ruling, but he sounded optimistic that the decision could come sooner rather than later.

“The panel did give us an indication that they would try to be on the short side of that, so we’re hoping 4-6 weeks, but it could be much longer,” he said.

Regardless of what the panel decides, Rebel head coach Matt Luke said at SEC Media Days that their preparation for the upcoming season won’t change.

“We’re preparing just like we’re not going to a bowl game. Then if it does come through, then it will be a bonus,” Luke told reporters. “Our mindset is to prepare for the worst, and if we do get good news back it will be a bonus.”

While the Rebel head coach doesn’t want to speculate on a potential outcome of the hearing, he said that he’s proud of the way his players have set the noise aside and played for one another during this tough stretch for the program.

The Rebels will have their work cut out for them if they hope to have the ban overturned as the investigation spanned five years, and took multiple twists and turns throughout. On a conference call explaining the COI’s reasoning behind the additional bowl ban, Chairman Greg Robinson noted that they believed the allegations revealed a systemic problem in Oxford after similar cases in the 80’s and 90’s.

“This case strikes at the heart of what college sports stand for and it is the direct result of a culture where rules violations were an acceptable part of the Ole Miss Football program. That culture has existed at Ole Miss for decades and continued through the investigation of this case. The University had prior cases in 1986 and 1994 with facts stingingly similar to this case.” Robinson said.

With or without a final ruling, the Rebels open up the 2018 season on a national stage against Texas Tech in Houston on September 1st.

Andy Gipson on @TheJTShow with @DaveHughes