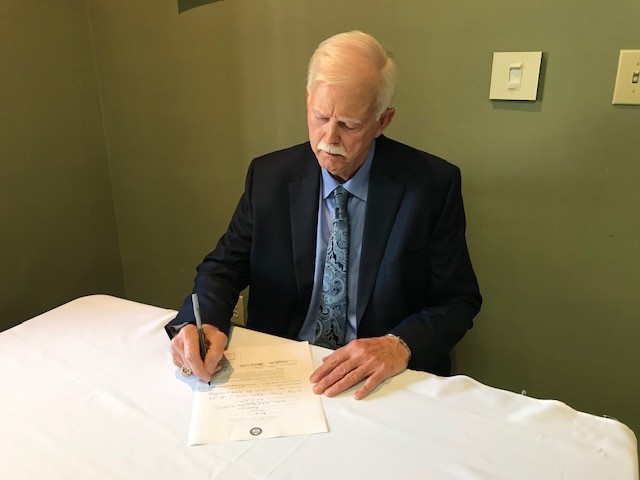 Just one of the three MDOT Commissioners will run for re-election in Novemeber.

Tom King (R), the Commissioner of the Southern District, has announced his intention to run for re-election and has filled the necessary paperwork to qualify.

“I’ve been honored to serve the people of the Southern District to help improve our economy and infrastructure, and to strengthen public safety and our overall quality of life,” King said. “I’m running because there’s more work to do to make Mississippi even stronger and better in the future. I’ll be running on my record and would humbly ask for the support of the voters once again so I can continue to serve their interests at MDOT.”

Tagert (R) has served since 2011, and while he said that he wants to remain in public service, he has decided to step away.

Today, I announced I won’t be running for re-election as your Transportation Commissioner. I still have significant work remaining in this term and will continue to serve you diligently through January 2020. pic.twitter.com/TXpmaFQbTt

Hall (R) was the longest tenured commissioner (1999), and stated it’s time to let someone else attempt to work with lawmakers to solve some of Mississippi’s infrastructure issues.

“I think it’s time for somebody else to give it a try,” Hall said. I have preached my sermon over and over and it’s just not working. I can’t seem to get the legislature to understand the depth of the problem and the major solution it is going to take to solve it.”

The qualifying deadline for those who intend to run to fill the vacancies is set for March 1 ahead of the November elections.

Rebels take down #11 Auburn in Oxford